A Dollar For His Thoughts 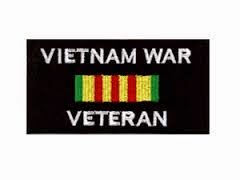 I was up and about early this morning.  Drove down to Walmart for an oil change on my minivan.  After I had signed up for service and turned over my keys, I walked out the back service door, not wanting to walk around the store in 7AM air-conditioning.  So I went out and parked myself on the bench outside.

Sitting there was a guy about my age, wearing an Arizona Diamondbacks baseball hat and wearing dirty jeans and a camouflage army shirt; not the desert cammies that our boys wear today but the old jungle fatigue shirt we wore in Vietnam.  The guy was smoking an unfiltered Camel cigarette, allowing it to rest on his lower lip, the smoke billowing up into eyes still crusted from sleep, cigarette ash dropping in flakes onto his brownish gray beard.

He ventured a few glances my way, then asked if I could spare a dollar.  I took out my wallet and fished out a buck and handed it to him.  He didn't offer any thanks, just nonchalantly assumed the dollar was somehow his due.  Somehow his apparent homelessness was "dues paid" for anyone willing to offer him money.

I've seen more than one homeless guy donning old military garb to elicit sympathy and a greater payout from stiffs willing to donate.  So, still a little irritated that he hadn't thanked me for the dollar, I ask him where he was stationed in Vietnam.  "Chu Lai and Khe Sanh" he said and told me enough about it to convince me that he had been there, done that.

We then shared some experiences in common, Bier 33 and jungle heat and how we felt when we first arrived in country.  That kind of set him off and all of a sudden he wasn't talking to me anymore.  He was looking out on the parking lot where cars were waiting to be serviced...but he wasn't really looking at them anymore either.  Instead, he had that "thousand mile stare" that I've seen in some Vietnam vets before.

And he started jabbering.  A bit ill at ease, I may have slid a couple of inches farther down the bench away from him.  I was ready to write him off as just another one of those drugged out old vets who  never really "came home" and, thus, have never found a home.

"It never matters where I'm sleeping..whether I've got a bed for the night, or a park bench, those god-damn faces come back and haunt me in my dreams...I can hear them moving through the brush, and all of a sudden I wake up at I'm at "port arms" and I'm  killing them all over again!".  "Aint' nobody gonna whisper "sweet dreams" to me cause there ain't no sweet dreams anymore!"  He then dropped his head and a few tears fell into his lap and he fell into silence.

I sat there and looked away and felt like an intruder.  I looked down at my arms and saw chill bumps moving up and down my arms.  I couldn't look at him again, nor did he turn to me again.  Instead, he hiked his feet upon the bench and laid down, a small bag pillowing his head.  He closed his eyes...intent on some early morning sleep, I guess.

I rose from the bench and stumbled into the store and retrieved my keys and walked out to my car.  Before I drove away I looked back at the old fella on the bench.  He was still lying there, eyes closed, but with lids dancing as he played out another of those nightmare dreams.

As I drove home I thought about what he had said.  He's right of course.  The politicians sent us to war.  The military turned us into fighting machines.  But they don't tell you how to deal with the aftermath, with the dreams that haunt, the nightmares that return in spades at an age when all one longs for is peace.  They never told him that the ghosts of those he killed, the ones with faces as youthful as his own, will come back for an encore just when you're trying your damnedest to forget.

A dollar for his thoughts...and I got far more than I bargained for.

This is why I get so fucking pissed about supporting illegals and foreign countries and not our vets and other citizens.Have a good weekend.

We all have our demons, how we deal with them is paramount. My heart goes out to this vet. Some gave all, all gave some. You never truly own anything until you give it away. Every minute of every day for decades this vet has been deeded ownership of something he never desired. There is a place in heaven for him!

Yes, that's it, "a place in heaven" for this vet. Thank God we escape from any responsibility! Vietnam Vets are still with us and most won't even tell their stories. The military is pretty good at keeping secrets. Those who have suffered from Agent Orange are dying off at a fast clip now and that avoidance of admission has saved the taxpayer a bundle. Vietnam WAS different, sometimes we lost 500 a week or more, over 50,000 gave their lives before some semblance of sanity took ahold. The vet you met on the bench seems like a leftover from a forgotten war now. The very easy answer is to place the blame on him, his weakness, shortcomings, drugs, bad parenting. Pretty much anything but the truth. And, absolutely we don't want any answers that might be expensive!
The end of that war but there is a whole wave coming! We are so proud of our battlefield survivors, relatively few deaths. Modern medicine, we bring them back alive, if not in one piece. The new Vet might be different. They know how to disarm IEDs and they know how to make them. They may not be satisfied to sleep on park benches and beg for a single dollar. They might not wait for Heaven although that is the best for the taxpayer.
If you haven't been in that situation, walked in their shoes, you simply do not know. A two hour movie or a four hour book will not duplicate their experience. The experience we asked and demanded of them. The experience we will never want to pay for. Yep, that's it, Mr. Vet, you will get yours in Heaven. We are in such denial of what we have asked of you. I am so sorry, you deserve more now.

Thanks, Craig. Thanks, Anon...and thanks Jerry for that heartfelt tribute. This guy lives in a nightmare world that I'm not familiar with.

I arrived in Vietnam just after a major offensive. I remember those who skirted the perimeter of that nightmare...you could buy a pack of playing cards, 50 or so, with a picture of different stacks of dead V.C. and North Vietnamese corpses, the pics for each card taken from a stack of corpses gathered on my base right after the attack. My buddies who bought these cards bought them as some bizarro war souvenir.
And yet later, when they played their own role in killing a gook, when they experienced it closeup, those cards were tossed to the wayside, no longer an object of pride or glee or some weird joke.
For the grunts in the field it was even worse...you killed, then you scoured the battle field to take prisoners (or not) and bludgeon the ones you didn't get the first time.
And Jerry, Vietnam vets had it worse because it was a draftee war, many who, given the chance would have opted not to kill....who hated killing, who only killed to save themselves or their buddy. And there were so damn many of us who rotated in and out of that quagmire that the war touched millions.
I've read that the military is working on these remote control bullets...perhaps they can depersonalize war to an extent that it will merely be a video game to them.
For now we have a lot of folks having nightmares from a time they should have been attending proms and bond fires rallies and Saturday football.
Sad.

This one really moved me. I have nothing to say, I'm sorry, thank you, can I help, what can I do. This is a sad column, it breaks my heart. All those old men wandering around who should have been going to the prom, feeling his first loves hand on his...

BTW I despise those programmable bullets and drones. Let's play war with all the bravery of being out of range. Another great government invention, "Darpa"

I'm like you on drones and remote control bullets. But I don't think anyone completely escapes the reality of inflicting death. I once talked to an old WWII bomber pilot. He told me he carried a lifetime of guilt for his own personal contribution to killing innocents. He didn't see his bombs close up as they hit but he knew many died and that was enough to trouble him greatly.