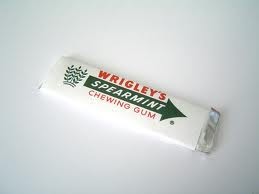 I come from a long line of "story-tellers".  Inspired by three Uncles who could tell some of the tallest tales since Twain...and make them funny...I've had fun telling my kids some real "Paul Bunyans"!  My kids loved hearing them and listened intently with great fascination as I told them stories of buried toes from a murder victim seeking revenge in the dark of night...or how Superman really got his super powers and such as that.

Twice, during their childhood I had to take a hiatus from my tall tales.  The first occurred one night while their mother was working.  The kids were being really obnoxious and I remarked that they were just too damn much like their "real" mother and I had a good mind to send them back to her.  This got their rapt attention so I continued.  I told them that they were, in fact, not the children of the mommy they knew and loved, but were the offspring of my "first wife"...who happened to be a mean old hulk named "Bertha".  Just as I was getting into full elaboration, and doing so with them all howling in anguish, my wife walked in and they all ran to her in hysterical tears and cried in unison "we don't want to go live with Bertha".  Needless to say, my wife was flabbergasted and I had alot of "Ricky Ricardo 'splaing'" to do to calm everyone down.  My wife had one of those rare moments we sometimes have where we're really angry but the situation is also funny...so she chewed me good with frequent bouts of intermittent laughter.

My second "elaboration" was actually based on a true story.  At one point during my tour in Vietnam I was working atop a 160 foot water tower.  Equipped with millscope and alidates and portable radios a crew of four of us sat atop the tower and watched for the location of rockets fired into the base by the Viet Cong.  Our responsibility was alert our central communications control via radio of incoming rockets, who would then activate the base siren so everyone would seek shelter.  We would then take direction and location readings and call them in.  A triangulation of three base towers could usually pinpoint the rocket launch location within a hundred yards or so.  The U.S. response was then to send up our gunships and take out the enemy.
In the early morning, during shift change, I would go down the tower ladders fifteen minutes early to retrieve equipment from the top of the tower and guard it until our relief crew arrived.  One rainy morning I performed this task and was standing alone at the base of the tower, clad in camouflage fatigues and covered by a rain poncho.  Just as I was getting the equipment organized a South Vietnamese troop approached me, saw that I was chewing gum and asked for a piece of gum.  Since I didn't have any more I gestured with hands that I had no more...the Vietnamese troop apparently didn't believe me because his faced evolved into a sneer and he pulled out a long knife from his belt.  I then backed away a step and pulled my .38 revolver on him.  At this, he walked away and nothing more was said or done.

Flash forward a few years and my son, John-boy is in first grade.  One night my wife and I were talking about Vietnam and my son asked if I had ever had to kill anybody over there.  Seizing the moment, I related the story of the "Wrigley gum" incident but altered it to imply that I had to shoot the poor guy dead for lack of a spare stick of gum.  At my wife's urging I quickly told him I was just kidding.

I thought nothing of it until I attended my son's Parent-Teacher conference a few weeks later.  My son's teacher looked at me rather strangely and said "either your son has an active imagination or you've had quite a colorful life".  She then explained that, a couple of weeks previously, my son, having forgot to bring something to show and tell, decided to relate the story of the "Wrigley gum murder".  I could have fallen out of the chair...had it not been one of those little first grader chairs I probably would have!

After that incident I confined my children stories to mundane "fairy tales".
Posted by A Modest Scribler at 2:00 AM

Dad, I can't believe you forgot that your first wife's name was actually Berneice, and to this day I still despise that name!

Hi Babe! You're right! It was Bernice! I'm getting senile, baby.

Clarification: I had no "first wife", named Bertha or Bernice or any other name. Still got the first one who is indeed the mother of my chldren...

LOL!!! I can't believe you would do such a thing my wonderful Brother-In-Law!!!

Yep, sweetie, done and did.

Your generation has a wonderful sense of humor! My dad used to tell me I was adopted from a family of another race that resided in a town called Robbins, IL. A very poor neighborhood....LOL!

God bless your Dad, anon. Although my mom never told me "tall" stories I did enjoy hearing about stories about my family. I've had the pleasure of visiting some of the old family homesteads which brought greater "reality" to the family stories. Thanks so much for visiting and taking the time to comment.

I'm smiling here after reading your story and the comments. Sure wish my dad had been more of a talker. He didn't say much at all unless he was angry, then it was a stream of curse words. He also beat us a lot with a belt for insignificant things. Unfortunately, the only thing I learned from my dad was to fear him.

I was too hard on my kids too. Had them much too young. It was a period of transition; my mom whipped us with switches that left whelps on our legs but that was normal child raising in those days and we never doubted her love for us. I think my younger daughter has a better approach; she gives them lots of leeway when they're young, then starts giving "tough love" as they get older when they understand better. Don't know how I could handle parenting today; I could be gentler but would go crazy trying to protect them against the vile sex, drugs, violence and permissiveness of our culture.

I love this I tell my children some whoppers and have a blast doing it. Did you know? Ducks ride on the backs of accommodating fish, true story.

Drink beer people: it puts hair on your chest. Man or woman, does not matter. Everyone wants hair on their chest, right?

Brian, I did know that....and Rebecca, it's not the chest hair i have a problem with; it's hair growing out of ears and old men's noses like me...white it falls right off the top.

Something more serious. When I was four, this was in the seventies, my great grandmother died. My father cried, which I'd never seen, and I have seen maybe twice since. I asked him why he was crying. He said "because grandma died". I asked him why she died. He said exactly the following:

"because all people are born to die, that's just the way it is."

Some things just stick with you. That has always stuck with me.

Unrelated topic: Exactly how many followers would be a satisfactory number? What is the goal?

Rebecca, the answer is "thousands", BUT I'd be very happy to see some growth..would like to see that number go over a hundred.

You know, it's Christmas, almost and I love it. But this is not really the major holiday - the big one is Easter.

Yes, Easter is more important for men; their past, their present and their future. Christmas is the birth, yes - and should be celebrated. (but not as the material pc mess it now is.)

Easter is the real deal - the redemption of man. Jesus died for our sins; our life is eternal. Powerful stuff!

Yes, I've done some work on my Xmas story today. (yet this feels a bit like homework, which I am too old for!). I want an "A" for submitting on time please- finished second masters degree in 2009; I'm sick of school, especially night class!

Plus, It's taken me FOREVER to unlearn what I "learned" in school.

- Republicans are for corporations and illiterate people from the south who live in houses with dirt floors. These southerners are missing teeth.

- all starvation in the world would be eliminated if we were all vegetarians. (which I still mostly am, but only because I've never liked meat.)

Real learning, My priest said something interesting this morning:

"the mind is a bucket; god is a great big river.
You will never get it by thinking about it."

Unrelated: I'm going to make a suggestion. I make this suggestion with the intent of helping you make ithis blof what you want it to be. I'm not being critical in any way; you don't have to change a thing. I'll still come back, always.


Here it is: On the right, instead of the most read posts, post the the most recent comment instead, on the post the comment was made. This will foster communication between readers and posters. It will create the "environment" you seem to seek. I've been here a lot today - I feel I've been here alone. (not that this bothers me, but that's not what you're trying to do here, is it?).

You can't do everything! Try this out, please. Give it a chance.

Blog, not blof...but you know that.

Rebecca i just played around with the layout...removed popular posts, then looked for a comments gadget and couldn't find one except the 'NON MOVEABVLE ONE IN THE TEXT BLOCK..I'LL TRY AGAIN TOMORROW...

Do you want help? I'd bet I can get some help/direction from a friend of mine. I'll ask him for direction and I'll email them to you.

I think this will go a long way in getting you to where you want to be. People will talk to each other; this will stimulate participation and will also add content. You can't be watching this page 24/7. Let your readers help. I'm sure they have a lot to say - they will enjoy discussing your posts with each other. It will build the community environment that you're going for.

Note: if our discussion/comments were linked on the home page, I'd bet somebody here would have helped already. I'll ask friend tomorrow. He's a computer freaking genius!!! I'm a lousy administrator... :-)