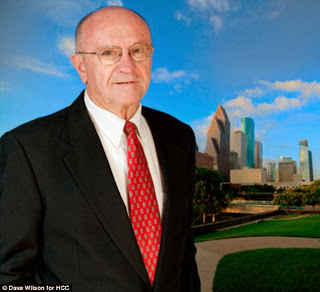 We first learned during the O.J. Simpson trial back in 1994 that if you're Black you can get away with murder as long as you've got a majority Black jury.  That seems to apply to politics as well as we've seen Blacks in Harlem elect and re-elect ole tax fraud Charlie Rangel or bank fraudster Maxine Waters from Watts, or even Barack Obama and his 115% precinct wins as Blacks voted more than once for "their guy".

So when our local NBC affiliate held a debate between two candidates vying for a Phoenix City Council seat for District 8, I was not surprised to hear the Black candidate say that, because he's Black, and because 80% of his district is Black, he should be elected, based just on his race.  It seems that District 8 has, in recent years, began to cultivate those liberal lawyers and liberal grant writers and gays and philosophy majors from Arizona State University into the neighborhoods.  They've been refurbishing old brownstones and urban cottages and gentrifying the largely Black ghetto.  And now these honky liberals have dared to run a young white yuppie against the Black candidate who has held an iron toe hold on the council seat for some 36 years, taking his bribes where he can for funneling Great Society money into the ghetto.  But now old Charley is angry that Whitey is trying to steal his seat and his source for graft.  We shall see how that contest goes; I guess it will just depend how many
Black Panthers old Charley can muster up to stand outside polling stations with billy clubs and ward off the honkies.

But the greatest laugh out loud moment this week was lily white, anti-Gay Republican, Dave Wilson (seen above) who dared to run for a city council seat down in a majority Black district in Houston, Texas!  And old Dave won the seat with overwhelming voter support from the Black district voters.  How in hell did an old conservative fuddy duddy like Dave Wilson capture the Black prize?

Well, it seems old Dave went out and had printed up a whole passel of campaign posters featuring only Black folk cavorting about in the neighborhood, walking in the parks with children, Blacks at local dances and Blacks devouring Chicken and watermelon in the local diner.   Not once did Dave stick his white pudding face on a campaign poster so, as far as anyone knew, Dave was just one of them; a victim of Whitey and deserving of a good old green check just like them!

So the Black folks looked at the campaign posters, and they didn't know which of the pretty Black folk was Dave...but did it really matter as long as he was Black?  To make matters worse, pudding face Dave Wilson defeated a Black who had grafted himself on to that council seat for 24 years!

Well, when the ruse was finally discovered, after the election, the Blacks who voted for this honky were just a little bit upset.  Upset enough to take this "cracka" to court and have him unseated by a friendly liberal judge.  But rats, the judge held the election to be valid, citing the citizen's responsibility to study his candidates in order to make an educated decision, and not one based on race...something all Blacks had been screaming about for fifty years...you know, content of character and not color of skin and all that jazz!

So for all of us who have been screaming about the massive Black reverse racism we see that exists throughout this nation in the last few years, score one for the "good guys".
Posted by A Modest Scribler at 2:00 AM

When I heard of this I was wondering how long it would take for the victims to cry about it. Stupid is as stupid does, might apply here.

Thank you for this, it was a great laugh after an otherwise crummy morning. Goes to show that whites are not the most racist people in this country.

As a side note, the election here in NJ (my 3rd partier got blown away) ended last week with some disturbing statistics. Chris Christie's challenger did little to no campaigning and presented no good ideas, after all, she was a close advisor to John Corzine. Around 80% of black voters in NJ voted Democrat and for Barbara Buono. Scary that a candidate with a terrible track record and no marketing won that many votes by just being a Democrat. The ignorant masses are a scary thing and growing by the day.

Thats there Mentality be Led like Welfare Burglary Robbing Rape Kill White man? That has to be Changed to work in Civilized Society Now no more Radical Uncivilized Moves by any Races.Incliding the Muslims and Mexico>>>>>>>>

Craig, it didn't take long at all for the appeals process to leap into action. We'll see if they accept the first judge's ruling or whether they'll appeal.

Trevor, a few months ago I wrote about this very thing; the pied piper complex that Blacks are swept up in now. I also have to fault the Republicans for not reaching out to Blacks; instead they tend to just write off the Black vote. There are millions of hard working Blacks that live responsibly and by a strong moral code and know well that liberals are simply keeping Blacks uneducated and dependent; it empowers the politician since that have control over them green checks.

Great Story! What a politician! Thanks