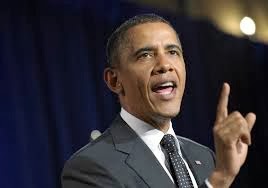 There have been such serious allegations launched at our President in the last few months.  More and more racist Americans have begun to copy old Joe Wilson and call President Obama a liar.  In fact, among his most loyal White House staffers, and MSNBC, "if it's proclaimed by Barack..it ain't no crock!"

When, in 2008, he promised to bring the troops home from Iraq, and kept them there for three more years, and they returned on Bush's original withdrawl schedule, that was just a minor miscalculation

When he promised to close Guantanamo as soon as he was elected, and Guantanamo is still open five years later, it was because no American city would accept criminal terrorists within our borders.

When Barack Hussein Obama said that, if you'd just give him a trillion dollars, he'd stimulate the economy and bring unemployment rates down to 6 percent he was sincere.

When Obama promised a million "shovel-ready" jobs, he only meant they could buy the shovels.

When he promised Obamacare would drive down Health care premiums by 25% he believed it would happen.

When Obama promised 50 million Hispanics that he would win 30 million of them amnesty, he spoke the truth....and Americans say 'no mas' in full volume.

When he promised the GM bailout would end up showing a profit for taxpayers, and it ended up costing taxpayers $30 billion dollars...it was just a minor accounting "rounding error".

When Obama spent a trillion dollars on campaign donating solar and electric battery makers he promised a million new jobs.  When they all went bankrupt it wasn't his fault and he promised to double down because he just knows he can pick a winner eventually.

When Obama promised that, if you wanted to keep your old doctor and your old health care plan, under Obamacare, you could.  Well, since on page 223 of the 2300 page Obamacare bill it clearly states that millions will end up losing their health care plans, well....that was just a little white lie to get the bill passed.

When he promised the government health care site would work like clockwork, that it would be as easy as a purchase transaction with Amazon, well he really meant it would work about as efficiently as any other government program.

But, on the most important promise Barack Hussein Obama made to the American people, he kept his promise.  We've certainly had change....perhaps far more than any of us wanted.

".that was just a little white lie to get the bill passed." I find it reprehensible that when discussing a black liar the term "white lie" is used. RACIST RACIST RACIST

Obama's campaign mantra, "change you can believe in". For the first time in my life I am not proud of my country at all, thanks, mish