I Steer The Blind And Ignorant 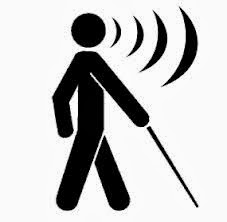 This blog is dedicated to my Facebook friends and family who just can't bear to read this blog every day; it' just too depressing.  Yet, unlike in times past, we simply cannot sit by and let an accelerated pace of government intrusion destroy what's left of our personal liberties.  Sorry. but that's the way it is.

My dear countrymen,
I know the daily alarms that I throw before you each day in this blog is unsettling.  It would be so much easier to go through your day without the irritating buzz of my reportage ringing in your ears and dampening your sense of well being.  How much more comforting would it be without someone telling you the country is going to hell in a hand-basket.  Your burdens and your responsibilities would be so much less if I were to just stop scaring you with these daily blogs.

To all of you, I would ask you this; if you were about to accidentally swallow arsenic wouldn't you want someone to alert you?  If you were about to step out into traffic and into the path of an oncoming car, would you not appreciate a restraining hand on your arm?  And why do I even care what happens to you?  Because you are my fellow countrymen, love my country, and by necessity must love you as well.

And, dear God, so many of you are blind and ignorant.  You intentionally strap on blinders so that you won't have to look at ugly truths.  You are ignorant; the last time you picked up a book of history or civics was just prior to the last high school final exam.  Tragically, few of you can name the founding fathers and it follows that you have lost the sense of what those great men did when they wrote a Constitution heavily in favor of the individual.  They restored the God given rights that had been stolen from man just years after the falling of the Garden of Eden.  No leaders in history were as far sighted and determined to create a free republic, a republic that thrives on the foundation of individual liberties.

Yet, here we are my blind ones...my ignorant fellows, into the second decade of the 21st century and your national leadership is rife with corruption, your liberties are being trampled on by a monstrous government that exists for itself and its cancerous growth, a government that celebrates the secular and pukes on the very God who, for two centuries blessed us with prosperity and happiness simply because we espoused to govern with a high set of moral principles.

We are rapidly becoming a nation of wanton whores who lust after nothing except the government largesse that can be legislatively stolen from those who earned it.  So many of us have become those worshippers of the golden calf, caring not for the price we pay, and demonizing those who produce.
So many of you blindly follow those who would keep you on the liberal plantation...so many of you listen to the pathetic mantras such as "it's for the children", or "it's for the victims of our society" or "it takes a village"...and with each mantra listened to and repeated, the dreams and the glory of individualism wither and die.

And in your vast ignorance, in your pitiful failure to exercise basic math, you continue to march in lockstep with a President that says the national debt is not a problem; not even when, in two short years, we will be paying over 30% of all tax revenue just to pay the interest on that monstrosity.

And you continue to listen to the siren songs of liberals who promise you a green check if you'll only empower them with greater control.  And, even as you know from personal experience that a big government program is always accompanied by an army of unfeeling bureaucrats who treat you as servant and not master, you vote for a party that brought you Obamacare and tens of trillions in new debt.  Whether you are standing in long lines for a driver's license, or preparing your annual tax forms, or applying for your Social Security, or are alarmed by the explosive rise in your property taxes, or unwillingly pay a ten percent tax on what you buy, you are met with the cold and distant stare of a government bureaucrat more than capable of scolding you for harping about it.

My dear countrymen, your blindness and your ignorance has created a tsunami of apathy that promises to drown us all.  Half of you fail to go to the polls and vote because you can fall back on the old saw "what can one vote mean?  what difference can my vote mean?"  And so powerful demons now dwell in the once sacred halls of Congress and in the White House and in the high courts of our land.  Demons who will demonize those who dare speak up against an all-powerful and intrusive government, who decry the massive waste, fraud and abuse in every program, who cry out against liberal judges who will sentence a violent felon to a decade of probations until they have at last killed or maimed someone, or who grant the supremacy of perversion even when the majority of us abhor it.

The liberal courts have ruled that it's okay to sink a crucifix in a jar of urine, then demand that Christians tear down a cross or bury a ten commandments plaque from public view.  They sanction the supremacy of government to tax both people and institutions to pay for birth control and the mass murder of millions of babies.

My countrymen, where "family" once stood as the foundation for the happiness of both community and nation, big government legislates in a manner that is "anti-family"; reward divorce, reward childbirth outside of marriage, reward single people and impose a marriage penalty for those who value the institution.  Even dare to intervene and make the raising of children a big government affair; imprison parents who try to discipline their children, sever the link between parent and child and bestow the power of child development to the heavily unionized National Teachers Association.  Mandate that textbooks cite the glory of big government and show them that big government benevolence by taxing to the skies to provide free school breakfast and lunch, thus showing the kid early which side his bread is buttered on.

And so my dear countrymen, I blog out every day; I report on the latest assault on your pocketbook, or your freedoms.  I try to steer you to a place of light, of measured reason so that you might at last peel the scales from your eyes and see what's really happening to you and yours.  My little blog is read by fewer than 500 of you a day...perhaps it's read a thousand times over it's relevant life span.  How can my small efforts deter the tsunami of apathy that destroys us?  It can't.  Never the less, I must get up each morning, eyes and ears wide open, and scour the news for the skulduggery emanating from the halls of power...and sit down and tell you about it.

The fact that I have so little time left on this spinning mud ball should tell you something about the sincerity of my motives...the tsunami is far enough away, and travelling at a speed that gives me sufficient time to escape the ruin....but I love my country, and I love my children and grandchildren, and so I speak out in quiet desperation in hopes that enough of you will awaken and cry out and revolt against this assault on our institutions and our way of life.  The little I do is all I can do to steer my country back to the road to glory...and not ruin.

This is a great column, and once again, right out of the park! Sadly, though, it may be to the choir you preach.

So many of us share your beliefs of the goings on in our government but are, I guess, just too old to feel like picking up arms to take her back from this evil that has befallen her. I loved the Tea Party, for a short while there, I truly thought we had a chance but as all things conservative a relentless attack from parties with infinite funding tear it down and destroy any remnants. I speak to younger people and cannot believe the ignorance I encounter and the inability to put together an argument much less a thought of their own. Yet these ignoramuses get violently angry, use the usual attacks, "your racist and I want no part of that", "conservatives are just for the rich and are all racist", etc., etc.. Sadly, my children turned out like this as well. I no longer know how to carry the fight in a civil manner with these idiots. I have now decided I either carry the gun or quit. So far I have taken the pacifist action. I still speak out every chance I get and carry the fight, but I think we let our country come to this while chasing our own interests. I have no more ideas. We sure could use a little leadership, and I don't see that coming anytime soon either.

I thank you for your efforts and continue to put your column out there. I'll keep praying for better!

Ken, you're right...most of my readers already agree with me so any attempts to "enlighten" or convince anyone else is pretty much a moot point. i do have a few liberals who subscribe though...you never know...maybe some day they'll see the light.

I'm lucky; all my kids are conservative and hate this crap as much as I.

As you know my leanings tend to parallel yours, yet often times your writing will give me the fuel that day to engage other people in the conversations we need to be having in this country. Stay the course my friend.

As always, thanks for the kind words, Brian.

"The liberal courts have ruled that it's okay to sink a crucifix in a jar of urine, then demand that Christians tear down a cross or bury a ten commandments plaque from public view."

In spite of everything, I am still amazed by the fact that the government has shifted the original intent of the separation of church and state exactly 180 degrees. The intent was to keep the state out of the church, not the church out of the state. In other words, the separation was to ensure freedom to practice religion, not to ensure that religious beliefs have no influence on public policy.

Sigh, the season of "holiday parties" is coming up. I do not participate on principle: I celebrate Christmas. I refuse to participate in the PC perversions of the season. A positive: I am not forced to participate, yet.

Rebecca, re church and state, i couldn't have set it better but wish i had!