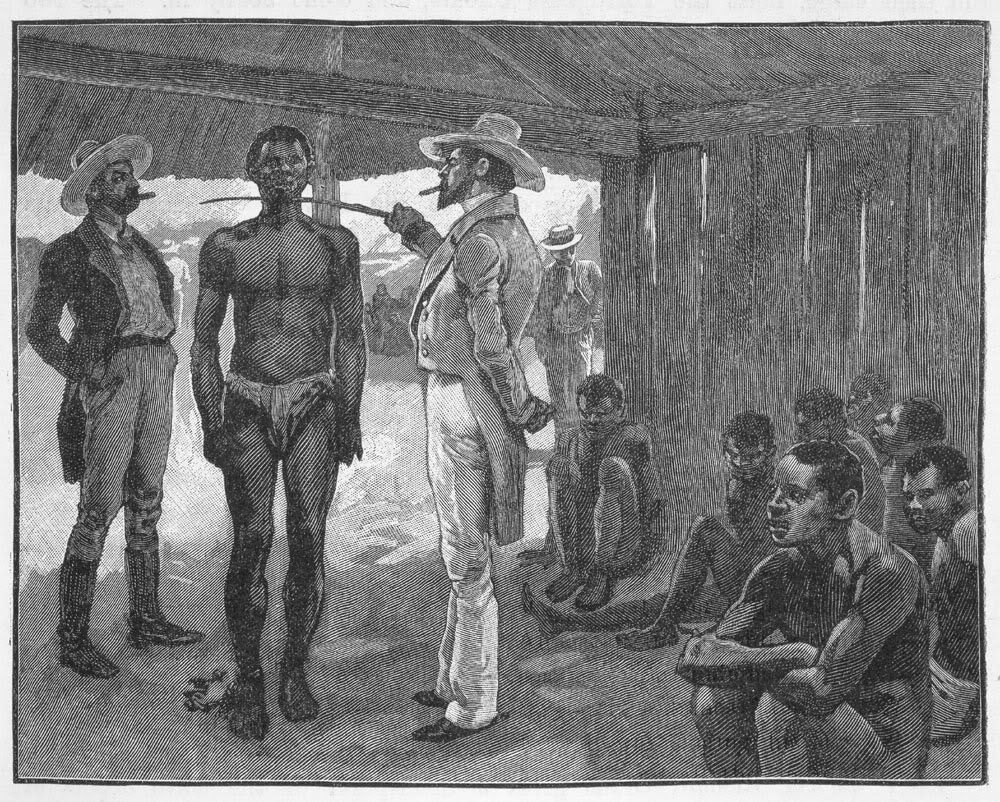 When slave traders held their slave auctions potential buyers would come up to the slaves, and pinch and prod them and check their teeth...to assess their potential for staying healthy enough to pick cotton, or pull a plow, or to do any other grunge work the slaveholder deemed necessary.

Two hundred years later, long after slavery was abolished, I can't help but compare the NFL draft to those ancient slave auctions.  Oh sure, if you're a first rounder, you're going to receive a nice signing bonus...and they'll give you a team hat and a team jersey.  But don't be fooled; these drafts are simply the modern version of a slave auction, the modern meat market only different because perhaps a quarter of the meat is Caucasian.

There's no probing and pinching on draft night...that's all pristine and proper.  The draft candidates who elect to show up sit at dinner tables, a cocktail in hand, I-Phone at the ready for that most seductive phone call from a team's GM telling them they've been selected.    The prodding and probing came weeks ago when the draft combine took place.  They run the potential recruits through a number of physical tests, to determine their speed and stamina and strength.  They even administer a kind of intelligence test called the Wonderlik that is meant to determine if the recruit has an IQ over 60 and is actually smart enough to find his way to the stadium.

And that's all the modern day slaveholders really care about; whether the slave has enough natural talent, limited intelligence, and strength to last five good years in the NFL.    They don't care that 75% of these fellas will be too mangled to play after five years of battle.  They don't care that that same 75% will be financially bankrupt, having plowed through their millions in bonus money and salary, with nothing left to support their brief, very brief high living lifestyle.  If they did these slave holding grownups would put half of their bonuses and salary into a trust fund, to be doled out to support them in their post-football years.

Nor do the slave traders care very much about the slave's character.  Tonight they will be drafting thieves and rapists and gang bangers in the first round...and keeping their fingers crossed that the dude can stay out of jail for football season.

I don't regularly watch the NFL draft ceremony (televised tonight on ESPN).  I did watch a bit of it last year. The ESPN analysts will regurgitate a million words about so and so's chances to make the team...and how many opponents he can mangle, or how many touchdowns he'll score.  Everyone will have already done their probing and prodding and there's nothing left to do but speculate on the quality of this year's "meat market".

I find it all very sad.

Never thought of it that way but very true.

Don't disagree with you very often, Scribe, but in this case, I do. It's a business just like thousands of others, except these guys are given the golden opportunity to make millions of dollars, something most people don't get. What they do with it after, has no bearing on the simple fact they HAVE the chance. Slaves had no choice. These guys do. Yes, they risk injury and long term suffering but that's not how they look at it(although, with early retirements suddenly happening, they're actually using their brains). It's not unlike being a Rockstar or Actor. Power, influence, recognition all part of the package. Would you rather live 42 years as Elvis Presley or 84 years as a Slave? I would have to think long and hard about that one...

Thanks for your thoughts, Frank. Still don't agree with you though. The vast majority of these kids come urban ghettos and simply do not possess the tools to make wise decisions about their finances. The Players Union and the owners need to get together and come up with forming a trust fund so that these kids, the vast majority who didn't come close to graduating from the schools they played for, will have something left after their sports career is over...to go back to school, or at least keep them off the streets. Not saying that solves everyone's problem but it wouldn't hurt..that's for sure.

Absolutely, what barbaric slavery! Perhaps we should have more mandatory white representation on the teams to represent statistical demographics, so this horrifying slavery would be forced upon white people, and thus be a non-issue.

No one forces these kids to play football. You cannot say "it's their only way out of the ghetto" because there are black people the go to college and get good jobs.

Sport is arguably the 7th institution of life. Since the inception of college athletics, it has been proven to advance social class by providing sport through education. In the 1930's it was also white Americans that would be able to send their kids off to college to play sport. No, African Americans were not in the social class of sending they children off to college because of the social stratification amongst whites and minorities. So yes for a lot of them it is the only way of "making it out". You have these children sacrifice just to compete at the highest level because their parents are not able to get them financially through college especially playing sports. The NFL draft is an organized modern day version of a slave auction.

I totally agree with you Lucy, A lot of so called smart Americans have book sense, with their man made degrees. In which they have paid for, but lack common sense to put real world events into perspective, which is a free gift.