A Death In Spring 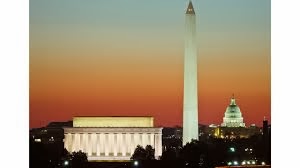 April 14, 1865.  It's good Friday.  Abraham Lincoln awakes with a smile on his face.  Even a casual observer would have noticed the deep worry lines in his face had eased.  Four years of war, four years of mourning the death of every union soldier, four years of steering the Union toward victory had at long last ended.  Just last Sunday afternoon Lee had sat down with Grant at Appomattox Courthouse and surrendered, thus ending the American Civil War that had claimed the lives of 600,000 young Americans.

Lincoln's happy mood surprised his friend, Ward Hill Lamon, who only three days before had listened as Lincoln recounted a dream he'd had about ten days before:

About ten days ago, I retired very late. I had been up waiting for important dispatches from the front. I could not have been long in bed when I fell into a slumber, for I was weary. I soon began to dream. There seemed to be a death-like stillness about me. Then I heard subdued sobs, as if a number of people were weeping. I thought I left my bed and wandered downstairs. There the silence was broken by the same pitiful sobbing, but the mourners were invisible. I went from room to room; no living person was in sight, but the same mournful sounds of distress met me as I passed along. I saw light in all the rooms; every object was familiar to me; but where were all the people who were grieving as if their hearts would break? I was puzzled and alarmed. What could be the meaning of all this? Determined to find the cause of a state of things so mysterious and so shocking, I kept on until I arrived at the East Room, which I entered. There I met with a sickening surprise. Before me was a catafalque, on which rested a corpse wrapped in funeral vestments. Around it were stationed soldiers who were acting as guards; and there was a throng of people, gazing mournfully upon the corpse, whose face was covered, others weeping pitifully. 'Who is dead in the White House?' I demanded of one of the soldiers, 'The President,' was his answer; 'he was killed by an assassin.' Then came a loud burst of grief from the crowd, which woke me from my dream. I slept no more that night; and although it was only a dream, I have been strangely annoyed by it ever since.

The dream, now forgotten, Lincoln arises, washes up, gets dressed and greets the White House staff in grand good humor.  His wife Mary frets over her husband's ebullience, believing such a dramatic change in mood is a sign of bad fortune.  Lincoln shrugs off his wife's silliness and convinces her to join him in a carriage ride around Washington.

As Abe and Mary ride beneath shady elms, a morning spring breeze, freshening their cheeks,  they both open up to each other, the strains of the past few years easing.  Their marriage has been strained by so much, the death of their young son, the weariness of the war years, even those differences in themselves that has kept their relationship strained, sometimes with the remoteness of strangers.  Both feel a return of affection for each other and pledge to do better in the coming years.

Following the carriage ride, Lincoln sends an invitation to General and Mrs Grant to join them that evening at Ford's Theater to attend the play "Our American Cousin".  Grant politely declines, aware of the recent strain between Mary Lincoln and his wife Julia.  Lincoln then extends the same invitation to a young army major and his fiance...they accept.

Lincoln would spend much of the afternoon signing legislation and arranging welcoming festivities for the triumphant return of the Army of The Potomac.

While Lincoln is living out his last day John Wilkes Booth and his co-conspirators are wrapping up plans to assassinate Lincoln and much of his cabinet.  Bitter at the Confederate loss, Booth vows revenge and Lincoln is his prime target.

Neither Lincoln nor his cabinet officers enjoy any special protections.  As Lincoln, with party of four enter the balcony at Ford's theater, Hail To The Chief is played and the entire theater rises in applause to the man who saved the Union.

Shortly thereafter John Wilkes Booth will fire a pistol shot into Lincoln's brain.  Booth will leap from the balcony to the stage, shout "death to tyrants" and flee on a broken leg.

Lincoln will be taken to a boarding house across the street from the theater where his long frame and the short frame bed will require laying him crosswise on the bed.  Lincoln will begin a slow death that finally reaches him at dawn the next morning.

For the next few days Washington will be in a state of chaos as the news of events unfold; Grants murder thwarted on an outbound train, the vicious attack on Secretary of State Seward who lays near death for days before he finally recovers.

When Lincoln's staff attends to his desk they find further irony; Lincoln has signed on his last day of life a bill authorizing the formation of the United States Secret Service.

Further irony; Booth killed Lincoln to avenge the South.  Yet it was Lincoln, and only Lincoln who advocated for a forgiving Union, who had already demanded that the southern states be treated with a gentle respect and vast patience as the Union healed itself.  Had Lincoln lived there would have been no Northern carpetbaggers who exploited the people of the South, who sparked the hate and resentment that would not be healed for a hundred years.

And like another kind soul whose fate would be decided on a Good Friday some 1900 years earlier, a good man, a great man, and our greatest President will have his life snuffed out...a gentle soul...a death in spring.

Thank you, Semour...and i always enjoy receiving a compliment!

Thanks Old Bob...have a great weekend!

Enjoyed the story as always.

I missed this one. Fortunately I have a lazy Sunday to catch up on missed reading. Amazed me to hear of the Secret Service legislation. Wow. So many ironies surrounding this assassination. My Grandfather had a insatiable love of Lincoln history and collected many articles and artifacts that we all have enjoyed reading and holding for many years. Great Man, President Lincoln.

And you, Great Historian. Keep up the good work here. When are you going to publish a book??

Thanks, Ken. Maybe I'll get around to the book this year. I'll let you guys know when I do.