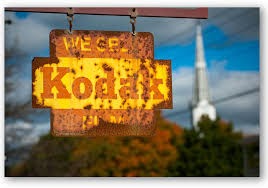 She was born in 1895 to second generation German parents in Hoboken, New Jersey.  From childhood she saw things just a bit different than others did...her child eyes taking in more than what other people saw...something far deeper, more consequential.

When she was seven years old she developed polio and, though recovering somewhat, she was left with a pronounced limp which affected her both mentally and physically.  She would say, some fifty years later "I've never gotten over it..my deformity..and I'm aware of the power and force of it."

Her awful gait would transform her into a harsher version of her previous self. She became assertive and more likely to judge more harshly people who did not live up to her own moral standards.  Her bitterness increased when, at age 12, her father abandoned the family.

When ready to strike out and find her world she migrated to New York City and began studying photography.  Upon completion of her education she began working in portrait studios, mostly just doing the drudge work, never free to pursue her love of film.

When she and a friend had saved enough they decided to set out on a round the world trip.  They crossed the continent and planned to make San Francisco the jumping off point for their foray across the Pacific.  Her fates changed when she and her girlfriend were robbed of every cent they had saved.

So, she went to work in a portrait studio in downtown San Francisco.  As she worked throughout the day she would pause and look out the window on this city by the bay.  The one thing that stood out to her was the great contrast in how the rich lived and how the poor lived and was aghast at the wide breech between the two worlds.  It was in the early days of the Great Depression and the bread lines and the soup lines were well peopled.  One day she stood and watched a crowd of hungry people, in line at the Bright Angel soup kitchen, push one old man out of the line.  She ran out and took a picture of the stooped old man, worry and hunger marking his face like the lines on a road map.

Soon she was traveling all over the city, capturing the misery of the homeless and hungry with her camera.  One of her best was chosen to be displayed at an art exhibition in the city.  And a fellow who taught over at Berkley happened to attend the event.  He took one look at that picture and fell in love with it...and vicariously in love with whomever had taken it.

While on a trek to Washington D.C. he took a copy of that photo and showed it to a friend who worked for the Farm Services Administration.   The FSA fellow liked the pic too and proposed that the photographer go to work for the FSA, traveling about and capturing the misery of the Okie migrants who moved snail like through the fields of the Central Valley, trying to eke out enough to feed their family for the day.

So the college professor went back and tracked her down.  He told her about what the FSA wanted her to do.  For the first time in her life she felt like she could do something to make a difference.  She took the job and its daily $3 dollar per diem.  But, before the college professor would let her go he upped and married her, took a leave of absence and accompanied her through the tar paper shacks and sun-baked fields of the Okies.

She wanted honesty in her pictures, no "posing" permitted.  So her husband would walk up and start up a conversation to divert their attention, and then she'd work her magic with the lens.  And while no one would know her name, the world would know of the misery being played out in the great central valley.  One of her photos broke the collective hearts of America and was the first to raise awareness of the dust bowl migrants' plight.

When America threw over a hundred thousand Japanese Americans into camps she turned her lens to them, to again show the world the injustice that man is capable of.

When Congress voted to end funding for the FSA project she set off on a trip to the deep south where she captured the misery of hard scrapping, dirt poor Blacks who had no money and even less self pride or dignity.  Twenty years later leaders in the civil rights movement would see those pictures and ask to use them in their campaign to win civil rights for Black people.

After the war she was so hopeful over the birth of the United Nations.  So she ventured East and captured the birth of an organization that she hoped would bring peace to the world and peace and prosperity for those who had never known it.

Her health began failing her during the last twenty years of her life.  The side effects of her once dormant childhood polio would restrict her work.  During her last years, though she was personally satisfied with her life's work she held no preconceptions of fame....and she didn't think she needed any.

Then, in the summer of '65 someone began to look at her body of work.  And all were amazed.  They contacted her and ask if they might do an exhibition of her Depression Era photography at the Metropolitan Museum of Art in New York City in January, 1966.  She said yes, and even helped to organize the work to be exhibited.

She would not live to see the exhibition.  But thousands did...and thousands cried and stared in wonder at what this woman had captured on film.  One of her pictures is known today as "the" iconic image of The Great Depression.  It was of a dirt poor migrant woman, supporting two children on her shoulders, as well as the weight of the world.  She seems to be wondering what she'll feed these two waifs, if at all...and how her life played out on the long ago day.

And they have Dorothea Lange to thank for it. 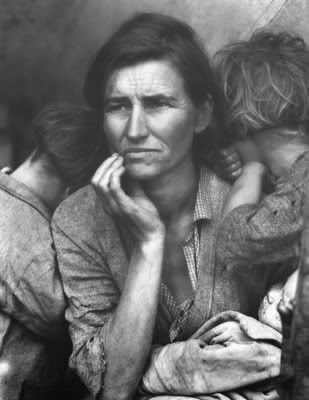 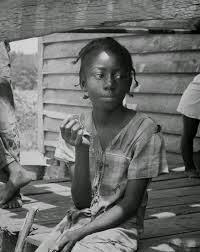 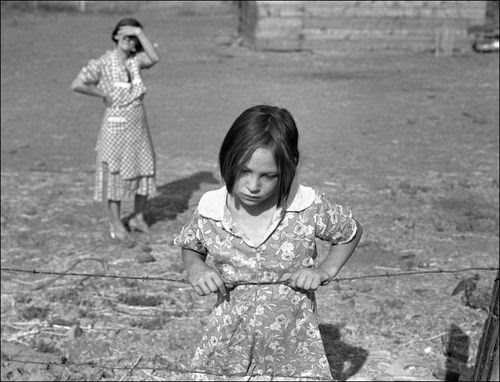 Good story Cuz. I've seen some of these photos before and they all grab my heart string. N

I've seen her work, which has often left me on a state of sadness, but have never heard her story. Thank you for sharing this. It would be sad to have a person of this strength and tenacity never known by the world.

Good morning, Darlene. Yes, we'd be a bit poorer for not having Ms. Lange's work.

Excellent writing. Browsing through the posts I missed during the week on this lazy Sunday morning!

Thanks, Carol. Good to hear you do get rest from your business. Enjoy your Sunday.