Moms Against Guns; Gunning For Kroger 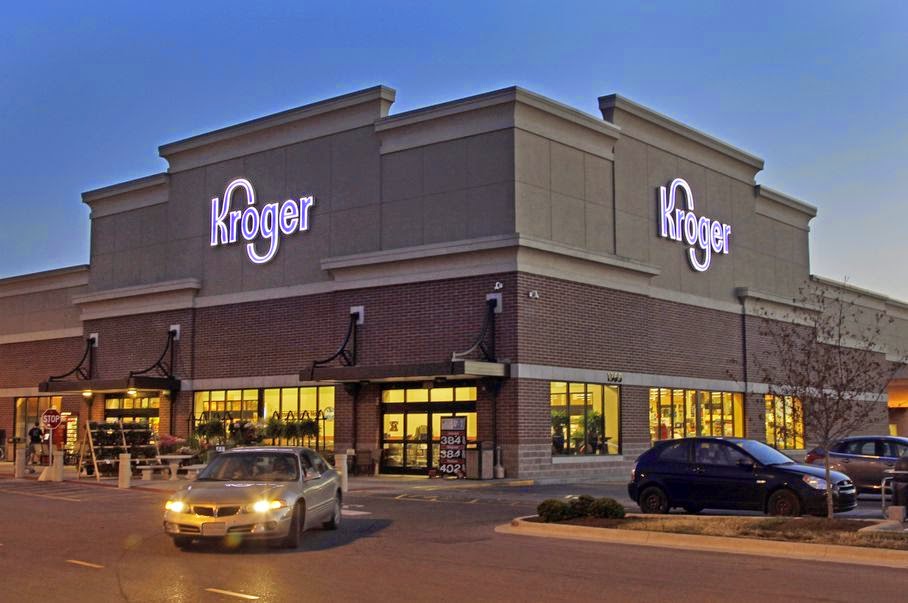 The Kroger Company operates the largest grocery chain in America.  They employ hundreds of thousands of people, operating under several names.  In Arizona Kroger operates under the Fry's logo, once a local chain that Kroger bought up several years ago.

Kroger does very well in the grocery business.  In an enterprise where a three percent profit margin means success, and two percent means failure, Kroger is good at what they do.  They offer clean, attractive stores, extend great customer service, and nearly always beat behemoth Walmart on pricing.  In fact, though I have access to a military commissary, I still shop as much at Fry's because their pricing is better, especially if you follow the sales.  They have an excellent line of health foods and their generic brands are excellent.

Our Fry's store here in a senior community offers the best customer service I've ever seen.  Each time I go I see Fry's employees accompanying a senior riding in one of those shopping scooters going from aisle to aisle and pulling items off of high shelves, or quoting price comparisons between various products.  The front of their store looks like a small motor pool as there are always more than enough handicap scooters to accommodate anyone who needs one.

Well, despite all of Kroger's success, they are "under the gun" from an army of libtard moms called "Moms Against Guns."  Unlike Target and Starbucks and a whole host of other retail establishments who have caved into political correctness, Kroger prefers to follow the gun laws of the states where they operate.  Arizona is an "open carry" state so customers are allowed to carry guns if they wish.  And Kroger accepts that.  In states where open carry is prohibited Kroger honors those mandates as well.

Well, this past week Kroger held their shareholders meeting.  And, yes, Moms Against Guns stood outside with their protest placards, and screamed spittle filled hate words at anyone who dared to attend the meeting.   Thankfully Kroger went about their business and politely ignored these PC goons.  They announced that business was so good that they'll be hiring another 20,000 American workers so that we'll be paying for welfare and food stamps for 20,000 fewer people.

I don't expect the libtard moms to ever get it, but I'm glad that Kroger understands that a gun can be a good thing indeed when lawless thugs walk into a store and begin mowing down innocents.  In fact, just a few months ago, right here at a Kroger-Fry's store a good samaritan with a gun put down a thug intent on mass killing.  And, just one open carry gun owner could have stopped the Gabby Gifford massacre in a Safeway parking lot down in Tucson a few years ago.  I don't expect these anti-gun people will ever get it.  They completely overlook the plague of murders in Detroit and Chicago where gun laws are very strict and, instead, come after the good citizens whose only aim is to protect their families from the rising tide of violent thuggery.

So, good for you, Kroger.  We haven't lost the battle to the libtards just yet.  Live long and prosper, Kroger.
Posted by A Modest Scribler at 2:00 AM

You are correct: they will never get it! Outlaw guns because then nobody will have them, right? Because drugs such as meth is against the law and nobody has that. UGH!
Molon Labe

Exactly, Carol. And you could draw a thousand similar parallels that the liberal mind simply can't fathom. Sad.

It's tough to see things with your head up your ass. I agree Carol, Molon Labe

Just curious...Any statistics on what percentage of Arizona citizens actually carry in public? Are most of those concealed? I read that you can't carry in bars...I'd guess that's saved a couple of lives.

Don't have a good answer for you, Jerry. Most folks don't strap on a holster, western style, and walk around with their weapon in view. I read that the percentage of folks who keep a weapon nearby, (on their body, in car) is about 31%. As to total gun ownership, there's no way to tell because Arizona does not require any type of permit to own or carry. I did read one note when I researched it...since open carry passed in 2010 the crime rate has gone down each year. The same is true nationally. The biggest crime rates belong to those states that restrict gun ownership.

I live here in AZ and carry concealed all of the time. Won't stop either.

Good for you, Brian. You just might save a life someday...by taking one. Bad guys don't obey the laws.

I'm sure you heard about the good Samaritan here in Phoenix who shot the young man stabbing his own mother? Two houses down, that woman is alive because a good person had a firearm.

Yes, I read about it Brain. And the mother praised the shooter for saving her life, even at the cost of her son's life. She knew he was a lost case.