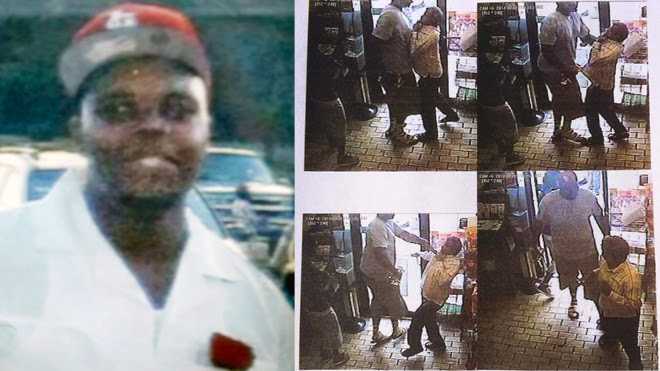 Well, they buried Freddie Gray on Sunday.  And Blacks pledged to riot and burn some more on Sunday night to commemorate Gray's death.

And last week we read that thousands of college students plan to converge on Ferguson, Missouri, to spend their spring break marching and looting and creating chaos.

We've already had a spring filled with national riots and property destruction over the death of a 400 pound Black behemoth who, already with outstanding arrest warrants for him out, decided he'd sell some sidewalk smokes...and resist arrest when he was caught.

And Blacks still fester over Trayvon Martin, a teenage martyr seemingly beyond his years toward a  life of thuggery, having already been busted for home burglary and well on his way to the thug lifestyle.

I'm sorry.  I just can gin up any sympathy for these people.  Freddie Gray, the latest ghetto hero, had already had scrapes with the law and was carrying an illegal switch blade knife on him when he decided to flee from the police.  Gray's death seems to be a classic illustration of how very stupid it is to think you're going to triumph over a police force that is, at least at the very minimum, made suspicious by your actions.

I don't expect urban Blacks to ever "get it", but if you're looking for sympathy from me, you need to come up with some better martyrs.

I can tell you right now that if Martin Luther King had marched from Atlanta to San Francisco he would still be looking for Black Civil Rights had it not been for his peaceful protests.  His grand and consistent calls for nonviolence won the hearts of the American people and elicited their indignation against those who would judge a man by the color if his skin.

Freddie and Trayvon and Michael Brown and a lawless giant fighting with the cops on the sidewalks of New York?  Not so much sympathy for them.  And even less sympathy for the Sharptons and Jacksons and Holders who would exploit Black thuggery to win political points.  Nor for the ignorant, illiterate and "Pied Piper" college rats who flock to a cause they neither understand nor comprehend the essential truths of.

So let the kids march in Ferguson....it keeps them out of Lauderdale and that makes the locals happy.  And let the Black thugs in Baltimore and Detroit, and Atlanta and Oakland and New York and Ferguson riot....we'll foot the bill for billions in block grants to rebuild their ghetto for them....just don't ask me for sympathy.

type in Freddie Gray arrest record.Says it all. Anything but a martyr ,at all.

Just re-enforces my point, anon. Thanks.