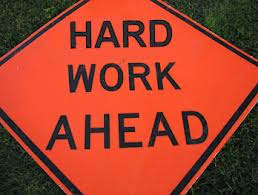 My daughter is a businesswoman.  I haven't talked with her this week but I suspect she was none too pleased to hear President Obama say that she didn't build her business herself.

About ten years ago she and her husband had saved a little money and decided to open a beauty salon.  She went to the local, state and federal powers that be and filled out the many reams of government paperwork to secure the proper licenses and established the proper tax structure.

After the marathon of government paperwork my daughter then bought an existing salon.  Since she did not have sufficient capital to fully establish the business my daughter and son-in-law took out a second mortgage on their home, thus putting themselves at great risk in order to achieve her own version of the American dream.

After they purchased the business they invested hundreds of hours of sweat equity to clean and paint and install all of the equipment themselves.

They laid out hundreds of dollars for the various utility deposits, contacted the local paper to set up an advertising account and began the process of recruiting workers for the business.

Finally opening day came!  The first phase of their dream had begun.  For the past ten years my daughter has worked more than twelve hours a day, six (and sometimes seven) days a week.  She does her own bookkeeping, managing customer accounts, employee payroll and tax accounts and files all of the county, state and federal tax documents, while forwarding nice fat checks to each level of bureaucracy.  She stands on her feet twelve hours a day giving perms and manicures and pedicures.  She works as hard as anyone I know.

I guess my daughter, were she given the chance, would ask Obama "will you buy me another house if I lose this one?  "If my business had failed would government reimburse me for the loss of my life savings?"  "While you are feeling sorry for those who put nothing at risk while collecting a welfare check, where's the compassion for me who risked everything?"  "Can you promise me that paying Obamacare premiums for my employees that I can still stay in business?".  "Since I file taxes much like the average taxpayer, how can you say I can afford to pay higher taxes just because my "gross income" (not my profits) is more than $200,000 dollars?"

Final question, Mr. President:  "Since you're my "partner" will you be there to catch me if your policies further weaken the economy and put my business at risk?"

She's waiting for an answer Mr. President....you have a hundred days to give her an answer.

Note to Readers:  If you believe this blog serves a purpose, if you believe it lends a bit of rational sanity to some of the national insanity, I urge you to sign up as a follower and subscribe to it by email, in the "subscribe to" box on this page.  If I do not see an increase in interested subscribers I will end this blog sometime in the coming months.  Thanks.

Posted by A Modest Scribler at 6:31 AM

I even voted for this rogue in 2008, mostly since Sarah Palin was so obviously a few eggs short of a dozen, but this time around, I'm turning right.

I too am breaking my back trying to build a small business, and no interaction with any government agency ever helps out with that goal. It's all fees, permits, licenses, and headache.

Thanks pac speed. Good luck with your business!

And...yeah, the Repubs are doing themselves no favors championing some of the loonies hanging around these days.

I've been a registered Independent for about ten years now but I've got to vote Repub just to get this guy outta there.

Thanks for the support. I'm really fustrated with Obama and all his comments.I can't express how hard it is to be an employer and to not have support from my President.