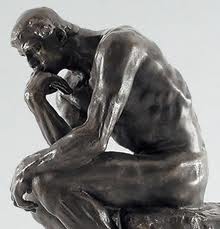 I really like George Herbert Walker Bush.  I think he's probably a great guy.  War hero, youngest aviator in WWII, held numerous titles before being elected President in 1988.  Unfortunately he did two things wrong, one intentionally and one unintentionally.

The intentional faux pas was pledging not to raise taxes (read his lips), then acceding to liberal demands and raising taxes.  The second one was unintentional.  After having his approval ratings soar into the 80 percentages during the Gulf War, they quickly plunged as America entered a recession in 1991.  While campaigning for re-election in late 1992, George, while trying to "cheerlead" a consumer buying spree, walked into a department store and bought two pairs of socks.  As he smilingly walked up to the cash counter he went bonzo nuts over the price scanner.  Well, since price scanners had been out for years it became blindingly clear that George H.W. Bush, scion of immense wealth, hadn't been shopping for himself in a long, long time.  This clear revelation of rich man out of touch with working Americans was devastating, even as Bill Clinton was out campaigning on a "I feel your pain" platform.  George Bush lost, and not a little of that loss was because of two pairs of socks and a price scanner.

Sadly, Mitt Romney has the same problem, though Romney differs in that he created his wealth himself, having honorably chosen to donate his father's inheritance to charity.   I truly believe Romney is a good and decent man.  I believe he loves America and that he wants to do the things necessary to turn our economy around and ease America's pain.  And anyone who deals with cancer in the family and his wife's MS is no emotional lightweight.  Yet, as we enter mid-summer, Romney's poll numbers continue to hover around the 50% level; this in spite of Obama's horrid economic record!

I believe Mitt Romney has got to affect a course correction, and he needs to do it quickly.  Romney can never hope to compete with the honeyed words and false promises emanating from Obama's lips.  Nor  can he pander to whole swaths of the electorate by issuing government largess to special interest groups, as Obama does.  He does not hold the "emperorship" of the Obama Presidency to fore go the enforcement of laws he deems unpopular with constituents.    What Romney can do is break out of that stoic "vanilla cone" way of speaking and allow Americans to get a glimpse of his soul.

When John Kennedy ran for President, Daddy Joe, pledged tens of millions of his vast fortune to get his son elected.  But JFK knew money would never be enough.  Thus, Kennedy tromped through the poverty hovels of West Virginia and promised those Black Lung coal miners that he could make their life better.  He travelled the farmlands of Iowa and Nebraska, and though he never farmed in his life, was able to connect with farmers and small town America.

Romney has to emulate the Kennedy strategy.  He needs to play Bingo at a Senior Home in Orlando and show those old folks a trend chart of when the Social Security fund goes broke....and pledge to stop stealing those funds, used for programs that achieve some form of political gain.  He needs a sleepover in a clothing factory town in South Carolina.  He needs to counter Obama's silly boast that he saved the auto industry by explaining that bankruptcy reorganization does not require giving half the company away to unions for General Motors to survive.  He needs to do a walkthrough a few of those Staples stores he funded and mingle with a few of those 100,000 people who have jobs thanks to him.  He's got to travel to Norfolk, Virginia and explain why having the smallest ship navy in our country's history is hurting both our national security and our economic prowess.

America loves a winner.  Despite Obama's petulant cry for more tax returns most Americans gag on Obama's effort to inflame class warfare.   America does not care how rich Romney is.  What they do care about is his heart....and his soul.  Romney will need to show voters far more of himself than he has to date.  And, for god's sake, stay away from the sock table and price scanners.

I believe you are an idiot.

Don't disagree with you. Problem is that this election is different than any before it due to partisanship. Those who support Obama do so not because of his accomplishments (He really has none). They support him because of what he stands for, and vice versa. If Romney were to personalize himself, it might well help him, but I doubt a large percentage of Obamanoids would switch sides. Found an interesting take on this election here: http://theeconomiccollapseblog.com/archives/does-barack-obama-expect-the-upcoming-election-to-spark-rampant-civil-unrest
I enjoy your writing. From a 23-year Air Force veteran, retired 2005.

Randy, thanks for your comments. I believe Romney has to show a more personal side of himself, not for the 40 percent of Republicans that will vote for "anyone but Obama". Rather, it is for the 20% of Independents who reside in the middle of both ideologies and who will decide the next election.
Thanks for your link. I wrote about a 2nd Civil War a year and a half ago and now I'm seeing hundreds of articles with similar thoughts.

November election will be huge.

I believe the first person is right.To say Obama hasn't any acomplishments is crazy.He did O.K. until the Republicans started filibustering everything. They care more about making Obama look bad than helping this country. I'll never vote for those Bastards.I hope more people see what there doing.They lie about everything.

With all due respect, what did he accomplish? He populated his staff with criminals. He presided over the spending of more money than any President in history. His economic programs didn't work. Obamacare was passed before Congress could read the law and remains unpopular with the public by a large margin. He has alienated our allies, reached out to our enemies with no success, and is laughed at on the world stage. So, sir I ask you again, what id he accomplish?

Randy, with respect to the previous comment, it does not good to argue, even with facts. They are absolutely blind to what is happening all around them. I urge you to read this and pass it on to other lawful, taxpaying citizens:

As one of the Independents who "decide elections," let me assure you that Romney is doing just fine and has my vote. Unlike Obama, he looks and sounds presidential. And, remember that Bill Clinton has assured us that Mr. Romney hasthe "qualifications" to be POTUS.
Sign me, ex-Obama voter.

Thanks for visiting, anon...and for taking the time to comment.

republicans never want to pay their fair share of taxes. They want everyone else to make up for their selfishness and certainly go fight their wars that they (republicans) gain financial benefit from. there are your idols? now, that is sad.

Let me educate you with facts that you can check for yourself; The top ten percent of earners pay 80 percent of all taxes. 50% of Americans pay not a dime of tax.