Let's Have "Transparency" For All 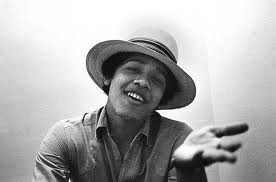 The Obama campaign has been conducting a marathon call this past week for Romney to release more years of his tax returns.  I agree!  Though I don't care a whit about how much Romney earned over the last thirty years, nor do I care if he kept some of his money in foreign accounts (how many of you wouldn't like to hedge a little currency with the Fed printing worthless greenbacks for the last four years!), if it will ease anyone's mind I believe Romney should release more tax returns.

Now, turnabout is fair play.  I would like Obama to release his college transcripts.  I don't care about his grades.  I just want to know why he has spent over $2 million dollars in legal fees to keep those records sealed.  I would also like to know if he gamed our college scholarships by claiming a foreign student exemption, or if he conducted himself acceptably during this turbulent college years.

When I was commissioned an officer in our armed forces I had to meet a host of requirements.  Two of the more important ones were swearing an oath to protect and defend the constitution of the United States and to turn over my college transcripts to prove I was a graduate in good standing from an acceptable institution.  If I was required to show my transcripts as a humble military officer why is Obama exempt from doing so when assuming the highest office of the land?

On a final note:  Mr. President.  Please take the time to re-read our Constitution.  Pay close attention to the references to "checks and balances among the three branches of government."  They were included to preclude the emergence of an "emperor" who decrees which laws he chooses to enforce and which he chooses to ignore.  It's fascinating reading....and you might learn something!

Note to Readers:  If you believe this blog serves a purpose, if you believe it lends a bit of rational sanity to some of the national insanity, I urge you to sign up as a follower and subscribe to it by email, in the "subscribe to" box on this page.   There is no cost or obligation on your part. If I do not see an increase in interested subscribers I will end this blog sometime in the coming months.  Thanks.
Posted by A Modest Scribler at 3:00 AM

I agree completely, but Obama is never going to let the country see his grades. This fiction that he is the "smartest man to ever hold the office" would die a quick death if we saw the C's and D's on his undergraduate transcripts or the solid midlevel performance in law school.

Randy, since Thomas Jefferson was a scientist, an architect, a botanist, an inventor, and was the greatest writer of any leader in our history, I won't fret much about Obama's "smartest" claims. :)