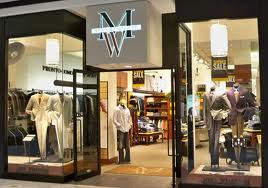 Okay, folks.  The mystery has now been resolved.  All of Phoenix (and half of Milwaukee) have been wondering where in the world is Daron Sutton, of late, the play by play broadcaster for the Arizona Diamondbacks.

Sutton reportedly balked (excuse the pun) at wearing sports shirts in the broadcast booth.  He far preferred business suits and told Diamondback bigwigs what they could do with their Sedona-Red sports shirts.   Accordingly, the Diamondback front office announced that this fit of rebellion justified a suspension.  Thus, Sutton has now done a "Howard Hughes" on us and, heretofore, cannot be found!

Then, yesterday, as I was strolling through the mall I lingered to admire a white "ice-cream suit" adorning a headless mannequin in the Mens Warehouse window.  Then, I peered into the store and saw good old Daron measuring the pant cuffs of a gent buying a MW business suit.  I almost didn't recognized Daron as he has now grown one of those George Zimmer beards (I guarantee it!).

I then saw Daron take a step back from the gent and exclaim "that suit fits you like a glove!..."I think you've hit a "home run" with that selection!".

Just then another gent stepped out from the dressing room, clad in a potential new suit, and began the slow walk down the aisle.  Daron then improvised a "play by play",  remarking that the gent had "good arms" for that suit.  Daron then asked the fellow to hike his leg and perform a "high kick" to see if the fit of the pants were just right.  "Fantastic!", cried Daron..."your new suit will be a big hit!".

It was heartening to see good old Daron now gainfully employed.  He certainly looked like a happy man, all decked out in formal business attire.  His suit was a tastefully tailored charcoal gray number, his shoes were florsheim lace-ups and he was sporting a terrific looking.....Sedona-Red necktie!


Note to Readers:  If you believe this blog serves a purpose, if you believe it lends a bit of rational sanity to some of the national insanity, I urge you to sign up as a follower and subscribe to it by email, in the "subscribe to" box on this page.  If I do not see an increase in interested subscribers I will end this blog sometime in the coming months.  Thanks.
Posted by A Modest Scribler at 9:27 AM

thats a very funny spin on things,sounds like he has home field advantage working at the suit store, if it dont work out there he could go on to foot locker...lol