The Great Depression's WPA (Works Progress Administration) And Its Many Kin 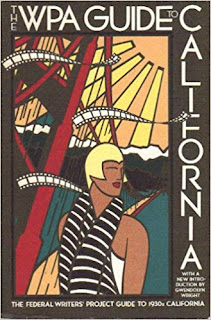 The Great Depression was well underway in 1935 when FDR created the Works Project Administration.  A federal program that put starving young men back to work, those young men built majestic Classic Greek fronted post offices, carved out municipal parkways where none existed, hewed winding roads into the forest so that loggers could harvest and park rangers could administer.  Those young men were paid $30 dollars a month, got to keep $6, the rest mandatorily sent back to family.  WPA built dams, Carnegie Libraries by the hundreds, restored any number of state and national parks.

Wealthy businessmen, once they had been rescued by some government program, griped about those "shovel-leaners" as they were called.  Soon fat-ass congressmen were echoing that sentiment.  But I dare anyone reading this to go out in your own community, and look around.  If you don't find at least half a dozen WPA projects, still standing, I'll eat my hat.  I am certainly not a Federalist but the WPA proved to be one of the best investments the federal government ever made.

Two of WPA's kin were the Federal Artists Project and the Federal Writers Project.  Since few were buying artwork or books many of our greatest writers and artists were starving.  The WPA put those artists to work; creating sculpture, painting giant frescoes in federal buildings, or teaching art to our school children.

My favorite though was the Federal Writers Project.  Many of our most celebrated authors were put to work, writing the history of each state, or travel guides so that one might find their way around our largest cities.  The state histories were, for me, the crown jewels of  the Federal Writers Project.   Imagine great writers like Saul Bellow, John Cheever, Ralph Ellison, Studs Terkel, Jim Thompson, Frank Yerby and Conrad Aiken putting their research skills and writing talents together and producing 700 to 1,000 pages of a comprehensive history of every state and every village in town in that state. 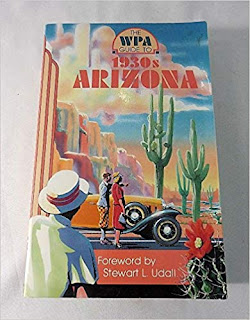 I came across the California history in a used bookstore back in the early 70's.  I was amazed at how beautiful word and picture mated to tell the California story.  I regretted not paying the .25 cent asking price for that book.  I found out only later that they are now valued in the hundreds of dollars.  Thankfully someone is resurrecting those state histories, in spanking new format, and selling them at a reasonable working stiff price on Amazon.

Franklin Roosevelt wasted an awful lot of money trying to prove the government could cure recession.  He failed miserably at it and, sadly, created the form of oppressive federalism we suffer from today.  But I will always champion that WPA program.  It put food on the table back home....and put tens of thousands of young men into productive work.

Posted by A Modest Scribler at 8:52 AM