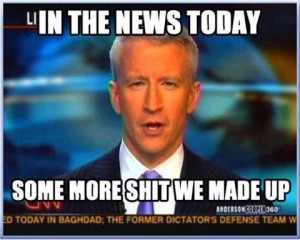 On Clarifying Some Liberal Lies This Week
For those of you who haven't taken the time to look deeper I'd like to identify three big liberal lies this week. I do not expect the liberal lemmings to listen but surely those fair minded will get it.
1) Amazon paid no taxes this year: Actually Amazon paid out 600 million in state taxes and $1.6 billion in foreign taxes. They did not owe a federal tax for several reasons. For more than 15 years Amazon operated in the red as the company plowed everything they made into expanding their business. Those losses are allowed to be claimed on their taxes, with each annual loss allowed to be carried over into a year when they were finally profitable. Secondly, Amazon's various businesses hired hundreds of thousands of people who DID pay taxes....income taxes that would not have been collected if Amazon had not given them a job. In 2016 Amazon finally did realize a profit. And paid out nearly $3 billion in state and federal taxes. This year Amazon again reinvested in new distribution centers, new cargo processing equipment and expanded their cloud services, all of which allowed them to claim tax credits to offset income when they file their corporate returns. And again they created jobs that did generate income taxes! So when you see liberals claiming Amazon didn't pay any taxes, look deeper. How many liberals were crying for Amazon in their first two decades of money-losing operations? Did any liberals step up to tell Jeff Bezos they'd help him out with his debt? Didn't think so.
2) Alexandria Ocasio-Ortiz helped to kick Amazon out of building a headquarters in New York City this week, claiming that Amazon doesn't pay taxes. See 1 above. But also remember that Amazon had pledged to hire 25,000 New Yorkers, all of them at salaries of at least $150,000 dollars per year. And you might also consider that an Amazon business in your city creates thousands of additional jobs....from taxi cabs to lunch caterers to contributing to the power grid. Liberal lies. Liberal idiocy.
3) In perhaps the biggest lie (and easiest for liberal lemmings to swallow) was that, because taxpayers were getting smaller tax return checks this year, Trump and his tax cuts were lies.
Get out your calculator boys and girls. If for the last twelve months you made more money than before the tax cuts isn't it reasonable to assume that you'll pay more taxes (8 percent) on an average 20 percent more in income than you did the previous year? And how many liberals adjusted their tax withholding to synch with the larger paycheck? Ask your liberal friends if they want to go back to an economy before those tax cuts took effect. Ask if they are willing to surrender their higher pay and company bonuses!
Lying Liberals!
Posted by A Modest Scribler at 3:00 AM

I'm with ya! It does not take a rocket scientist to realize these things. It is ridiculous to consider they don't pay taxes!!! Even with my extremely small scale business as compared to giant Amazon, I pay plenty and it's not hard to figure out what large corporations pay.

I could only shake my head when I heard about the rotten apple's tirade to not allow Amazon in NY city. A large operation like them could only stimulate income and growth all around that area. Our local post office thanks us occasionally for making their numbers look so good since we arrived in this small mountain town. We ship quite a few packages Monday through Friday through the postal system. I can only imagine the business Amazon brings to an area when they set up operation! Quite sad.

Carol, the liberals seem consistently hell bent on destroying the very revenue base that allow them to spend other people's money to bribe the unproductive elements of the electorate. I can personally vouch for the excellence of your product. I can't imagine the amount of work needed to make your business a go. And, re Amazon, one has to imagine the spokes of a wheel, so many of those spokes (office products, caterers, shippers, et al, benefiting from having Amazon in their community. The liberal's blind stupidity to those facts are mind-numbing.

I would think a decision like that would be the Governors decision, not some Lame Brained Congresswomans. Guess New York better pay closer attention when voting. Their loss, someone else's gain. Just gotta love the Stupidity of some people. A no brainer turned away by a No Brainer. Welcome to Socialism....

Frank, it was Amazon's decision to pull out. I'm sure that decision was based on the amount of protest Ortiz had stirred up.

I get that but I would think she would at least discuss it with the Governor before protesting. He may have been able to squeak some sense into that senseless brain....