It's Nearly Spring...And That Means Baseball 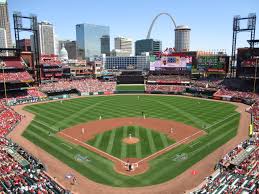 Football is over.  The thugs go home....to rest their knees from those weekly National Anthems..and to beat up on their wives for awhile.  In one week pitchers and catchers report for baseball spring training.  A week later position players report.  Six weeks later the official season begins.  They'll walk out, stand for the national anthem, then go about their business of smudging those four alabaster bases, sprinkled over a sea of emerald green.

Baseball has always been my favorite sport....even before Field of Dreams came along and reminded me why.  And the game's durability is such that, even in an era of the grand half billion dollar money grabs, they can't seem to ruin it for us.

My childhood and young adult loyalties belonged to the San Francisco Giants, with Mays and McCovey and Gaylord Perry and Juan Marichal, and the three Alou brothers, battling the evil Dodgers for National League prominence.   Alas, the Giants became paid gladiators for the Silicon Valley crowd, for the Knob Hill royalty, for the LGBQT community who evince a bit too much enthusiasm for staring at Barry Bond's crotch (though I hear that shrinks quite remarkably after taking anabolic steroids).

Living in Arizona now, I began following the Diamondbacks a few years ago.  After their semi-miracle 2001 season they've been fairly mediocre.  The only thing that kept me watching the Diamondbacks was the 2011 arrival of a kid from the Houston suburbs who looked like a full back and lives his life like a Boy Scout.  In seven years with the Diamondbacks the kid averaged a batting average of .300 a year, 30 home runs, and a hundred runs batted in.  And he fielded his first base position at a steady .995 clip and won a parlor full of Gold Gove Awards. 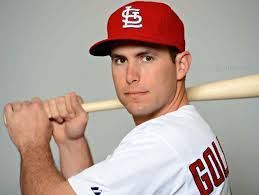 In 2014, when it came time to pay up, the Diamondbacks talked Paul Goldschmidt into signing a five year contract for a "hometown discount" at about $20 million less per year than his peers with similar talents were getting.  The kid signed.  Then he and his wife began visiting sick kids in Phoenix Children's Hospital, filling their rooms with wide smiles and stuffed toys...and big checks.

Then, last winter the Diamondbacks, not seeing how they could pay Paul Goldschmidt what the open market was willing to offer, traded him to the St. Louis Cardinals.

How do I feel about that?  Let me put it this way; remember when you were a kid, and you felt like your parents had treated you unfairly in some way, and you imagined they weren't your parents.....that a finer set of parents once gave you up for adoption?  Well, that's the way I feel about Goldschmidt and The Cardinals.  He belongs there.  I don't know how St. Louis achieves it, but their fans are the best, kindest, most respectful fans in baseball.  Don't ask me how they do it with 50 percent of St. Louis made up of Blacks who, these days, don't much care for baseball.  Outside the confines of that baseball stadium lie the mean streets, none of which I'd walk down after dark.  Yet, like some miracle, the folks who occupy the seats of Cardinals stadium are angelic and adoring of the game of baseball.

And Boy Scout Goldschmidt is gonna fit right in at first base.  The Cardinals have the most beautiful uniforms....I always said so....even before Goldschmidt.  Even when Bob Gibson was firing at the heads of opposing batters.  And especially when the great Stan Musial roamed the bases.

Though St. Louis has Paul locked up only for this year, there's no doubt they'll sign him to a long-term contract.  And Paul will clobber another 300 plus homers, and win a few more gold gloves, and edge out the Cubbies for a few division titles (Goldschmidt's average against the cubs is like a cool .500 or something) and will go on to the Baseball Hall of Fame.  And he'll wear a Cardinal's uniform...that beautiful red cardinal perched atop an oaken bat across the pristine white chest.

So, play ball!  But I'll have to cast at least half my allegiance to the St. Louis Cardinals this year.  I've always been a fan of baseball and boy scouts.

Thanks for bringing back the "old" Giant memories, Scribe. Used to go to a lot of Giant games during the late 50's/early 60's as my Uncle Angelo(Sabella) used to have bus trips going from Sabella's of Marin to Giant games on Sundays. If he had extra tickets, he'd take my Sister Vickie and I. My first foul ball caught was hit by Hank Foiles, Catcher for the Pirates. Mays, McCovey, Alou, Marichal, Cepeda. The only thing missing was a Championship. Sometimes in light of the turmoil going on today, we forget those years of innocence where Leave it to Beaver, Sky King, Lassie etc reigned supreme and the Boys of Summer were household names.

Those were the days, Frank. The Black hats and White hats were easy to differentiate. I knew the batting average and pitching records and ERAs for every Giant. Could probably still rattle off lineup...though I could never sound like Russ and Lon.