Lying Out Their White-Suited Asses 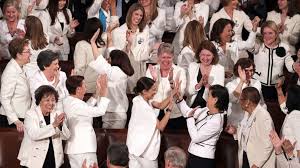 I was running errands the other day and had my radio tuned to National Public Radio.  Their Here and Now Program featured a European Socialist who said the U.S. is insane not to return to the 50's era  91 percent top tax rates for the wealthy.

The first thought is the guy's a total fraud.  Assuming he had a basic education in economics he knows that that 91 percent tax rate was pure myth.  Literally no one paid that kind of rate because the tax code had so many loopholes even a basic garden variety tax preparer could hone that rate down to 42 percent....and that was for all municipal, state and federal taxes, unlike today where that holy trio can hit you up for 60 percent of your income if you're not careful.

When I got home I wandered over to the Tax Foundation to look deeper into those mythical 91 percent tax rates.  In fact, when you just consider federal taxes by themselves you find that there is less than a five percent difference in what the extreme wealthy pay today, vs the 50's.  But if you count municipal and federal taxes you find today's millionaires are paying out far more.  In fact the "1 percent" pay 80 percent of all taxes due and 50 percent of taxpayers pay nothing at all.........in fact they get thousands back in child tax credits and other anti-poverty incentives.

Now those 43 White-suited Democratic Socialists who just go elected say they are going to be kind.  Let by Congresswoman Ocasio-Cortez, they say they will only insist on a 70 percent tax rate...at least to start.

The continual resurrection of that 91 percent 50's myth just shows how fraudulent Democrats are.  They know the truth and just hope like hell that you don't!

There are pockets of "Crazies" in this Country just as there are "pockets" of Muslims that can elect a Muslim Representative(or an AOC). But I'm going to give America credit for not being as stupid as the Press tries to portray us. We proved it with Trumps election. And we'll prove it again with these Idiotic notions coming out of Democratic Party. NOBODY in their right mind would think anything associated with the "New Green Deal" would be viable solutions. It just shows the "intelligence level" of some elected Officials has slipped below to the Retard level. I see it as just a passing phase this Country goes through even couple of decades. It(they) will go away.

Don't be so sure. Voter turnout in 2016 was 55%. Half of those eligible stayed home, so who voted? The politically aware on both sides, with essentially one quarter of the nation making the decision for everyone. If the progs are successful in motivating the young dummies to vote for them, they could well finally install what they've wanted for decades. Better tell your friends and family that the wolf is, indeed, at the door.

I'm torn between both of your views. While I find it hard to conceive of a take over by the bat-shit crazy, I was pretty amazed by the large lemming turnout in the last election. Presidential elections are different though. I'm not sure the liberal lemmings could neutralize the vote of the sound minded among us.