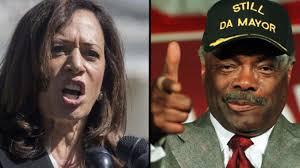 Did anyone catch CNN's Democratic Presidential poll they put out yesterday?  CNN allegedly conducted a totally objective poll of the current crop of candidates.  If you did not know of political-media incest you would believe that Senator Kamala Harris leads the field by a wide margin.  Because they had to, CNN did mention that good old Bernie Sanders, who almost toppled Hillary Clinton, came in third.  And they did say that crazy Joe Biden still has the love of Obama-ites, so has some support.  And to give their poll some credibility they had Corey Booker and Liz "Pochahantas" Warren bringing up the rear.

But then I found something interesting on that same news day.  From a non-political reporting site I found that Kamala Harris's biggest supporter, and the entity giving her their largest donations is Warner Media.  Does this ring any alarm bells, boys and girls?  It should.  Warner Media owns CNN, the news entity naming Harris the winner before a single vote has been cast!

If you don't know about this sort of political incest you would tend to believe, whether the poll is accurate or not, that it is at least being accurately reported.  Alas, there are more sinister factors in play....and for high stakes.

Is this political-media incest something new?  Of course not.  Just a couple of years ago I published my research on how many media personalities were either married to, or related to scores of folks who populated the Obama administration.

What can we, as citizens, do about this incest?  Not a whole hell of a lot.  But we can be ever watchful, ever skeptical, about anything that comes out of the mainstream media.  "Created truths" are liable to pop up anywhere, even in a news article that would appear to be benign.

Don't be fooled.  It is a cancer of the worst kind.

Said it before, the MSM long ago abandoned objective reporting and enthusiastically became open advocates for the leftist ideology. I find it funny when the reporters complain about being classified as biased... when they clearly are. Just try and remember very little of what DC does actually affects our lives (other than tax policy). Don't lose perspective.

Yes, Randy, it does sound a little "commie around every corner" type of thing. But these instances happen too often to be coincidence. And if a citizen has any hope of being civilly informed, purported news articles like these do not help.

If anyone should not be considered for run in 2020 besides Robert O'Rourke, it should be Kamala Harris. She has climbed the ladder to the position she is in now, by lying on her back and screwing a married man 31 years her senior. It did get her a couple of very good paying jobs for the State of California and her start. I just wonder how all liberal women are going to be able to justify pulling the lever for her.

It all comes down to double standards, Wally. Bill Clinton proves it every time he shows up for a Democratic event for adoration.