I Am Finally, Certifiably Insane 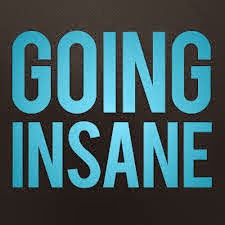 I just watched four Black news announcers on MSNBC, who all are delinquent on their taxes (from $45,000 to $4.5 million) discussing "White Privilege and Black Victimhood".  As I sat there and watched these liberal Blacks, pampered and nourished by liberal Whites, sanity finally deserted me.

There are a cult of liberal urban Whites who, during the last 50 years, have grown and cultivated a crop of urban liberal Blacks who have been granted rights and privileges that Whites can only dream of...and then sit back and bitch because there's not more.

Let's take Baltimore.  Thanks to federal grants and sky high middle class property rates, Baltimore's predominately Black schools receive $16,000 dollars per student (highest per pupil payout in the nation!)...and only half of Black kids show up for school...then complain that they need even more.  And every facet of Baltimore's municipal government is run by Blacks, their courts, their cops, their justice system, their schools, their municipal services...and they somehow blame it on honkies.

Back to the MSNBC tax cheats; all four were proposing that the 300 year history of American policing has been based on an anti-Black agenda.  They proposed that a liberal federal government entity dissolve every municipal and state police force in the nation and employ federal forces to enforce our laws.  Then, (as if this had anything to do with police) they said the only way to end White Privilege is for Congress to enact legislation that would pay "slavery reparations" to every Black living in America.  I can only assume this would be above and beyond the $100 trillion federal, state, and municipal dollars that have been spent on the Great Society programs since that grand giveaway began.

Well after the thug Michael Brown killing, and the urban carnage that emerged from that, and the millions in property damage, and in the  carnage wrought after thug Trayvon Martin was killed by a "White Hispanic", and after assigning sainthood to Freddie Gray and the 20 counts on his criminal record, and after a 400 pound Black thug choked on his own fat on the streets of New York set off more human carnage and destruction, and after watching these four MSNBC pampered and coddled tax cheats on MSNBC, I'm finally, certifiably insane.  And the only good thing about my insanity is that no one will know it!

No one will recognize my insanity because half of our entire nation is insane...and there is safety in numbers!  How else do you explain spending trillions of dollars in national treasure to feed, house, medicate and educate an impressive number of Black people...who, in return, hate your guts..and only cry for more!  And how do you explain to a White kid that he can't get into a school with a 4.0 GPA...cause someone with a darker skin got preference!    And how do you explain to your kid that crime is wrong when a liberal judge will dole out as many 15 probations to a kid that has robbed, beaten and raped...and still walks the streets to wreak more havoc!

And how do Obamanites rationalize legalizing 30 million illegal Mexicans when our own people can't get jobs, when our welfare and medicaid and social security system is already bound for bankruptcy? And how do you rationalize taking the "bottom ten percent" of Mexican citizens and expecting them to somehow "enrich" our nation...they can only contribute to explosive costs for education, welfare and further suppression of wage rates...yet we throw out the welcome mat for them!

And what can you say....how can you reason with a liberal whose logic genes just won't connect, that throwing money at a social problem is a mistake....and that forcing personal ownership of mistakes is essential to keep our society from ripping apart?

Alas, that's why I'm now insane.  I just cannot face the fact that logic and common sense is no longer the answer.  And I find it frightening that liberals control the air waves and the national discussion...or that the 3% gay population can run roughshod over millions of Christians who believe that lifestyle is wrong...and even when good Christians say "go on your way and do as you please but don't expect me to like it", they are persecuted by their own government and brought under the oppressive jack boots of liberal brownshirt bureaucrats and judges.

So, yes, I'm insane....so don't pay any attention to anything I've just said.

Too bad libtards won't look at the countries all these "special" people come from as the violent corruption ridden shit holes that they are, then think they will be different here. Fuck 'em all the short and the tall! Happy Hump Day.

Jeez, i thought I was the only one pulling my hair out over these fucking turds. I went crazy along time ago with all the bullshit going on in this country. I'm ok with paying reparations back to ANY living person who was enslaved. But I think we already spend WAY to much money on these sick, lame, and lazy turds. Disgusting!

Craig, Brian, I just heard this week that $1.6 billion of Obama's 2009 pork stimulus plan went to Baltimore...and no one can seem to explain where that taxpayer money went...and, yes, you've seen em on TV...they want more.

If the government were to force all the miscreants to accept personal ownership of their actions, every large city in America would begin to burn. I say better now than years in the future when their numbers will be much larger and the results much more catastrophic.

I agree, Jerry...but I see absolutely no political courage to fix the problem.