"Are We Just A Metaphor For A McDonalds Hamburger Patty?" 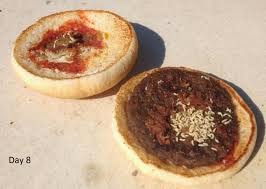 "Have We Just Become A Metaphor For A McDonald's Hamburger Patty?"
Just this morning I read actor James Franco's sentimental defense of McDonald's. Says he's one of the "one out of eight" of every American whose worked at McDonalds. I couldn't help but think that McDonalds may very well be a metaphor for what America is today; a tiny, lightweight tasteless bit of incestuous soy-beef that no one seems to like very much but eats it anyway.
My god, we used to do marvelous things! Our Italian brothers built the Brooklyn Bridge! 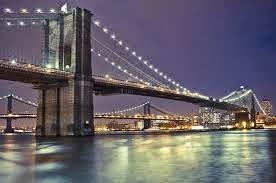 We built the Golden Gate Bridge in record time and made it to withstand earthquakes! 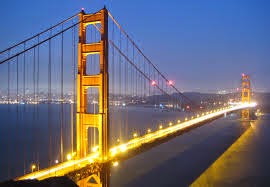 In the depths of the Great Depression we built the Empire State Building! 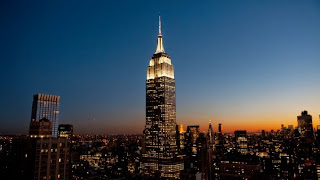 We used to dream big, then make those dreams come true! And we had leaders who dreamed big; when our rockets were still blowing up on the launch pad we had a young and vigorous President that dared to say we'd put a man on the moon within the next decade...and, in less time than that, we planted the American flag on the moon! 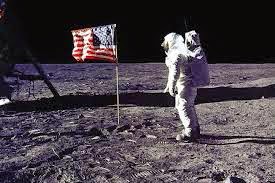 Alas, today, Americans seemed to be cowardly, always in a stupor, colorless, tasteless, afraid to stand up for what's right..and condemn what's wrong, rehearsing every word we say before it exits our lips lest we offend someone with words that aren't politically correct. We cower in our homes as thugs and invaders rule our communities and call the shots. Yes, McDonalds is us and we are her...a colorless, tasteless bit of floss, our juices boiled out of us...satisfied with "fast" because we no longer have the patience or guts for "hard". Now, would you like fries with that?
Posted by A Modest Scribler at 2:00 AM

Not all of us are pussy's, there are still true American's out here.