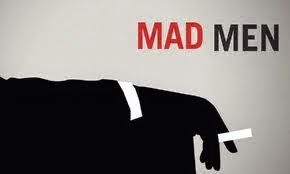 I had probably seen 15 minutes of Mad Men over the years, usually on a Sunday morning while flipping channels. But there was a lot of noise about the series finale coming up on Sunday night and I was a bit puzzled about all the hoopla. So I "semi-binge watched" Mad Men this past weekend. Caught a few of the earlier shows, some in the middle, and then a few episodes just before the finale. After watching the finale, here's my take on why the show captured such a devoted audience:
Just as the series "Pan Am" caught the viewers' attention a couple of years ago, I believe Mad Men provided an escape to a time when gender roles, for better or for worse, were more clearly defined. Women, even in what, at first appears to be in subservient roles, dressed attractively, soft and feminine and alluring. Those allures, again whether rightly or wrongly, illustrated just how women got what they wanted, even as men thought they were still in charge. That was always the secret of 50's and 60's women; they ruled over men...decidedly in a different way, but they ruled..and they didn't have to beat men over the head and neuter his masculinity as they do now. I once wrote an essay called "In 50 Years We'll All Be Chicks" about how men are largely metrosexual; women have succeeded through training and child rearing, to breed today's man....a fellow that will shave his chest, shave his legs and pubes, douse himself in cologne, change diapers and fold undies, run to the grocery for Kotex or Tampons, prepare the evening meal, all for the age old hope that "mama" will let him get in her pants when night comes. Or maybe just so he doesn't get beat over the head for not being "sensitive" enough.
And, folks, whether they will admit it or not, enjoyed escaping to Mad Men, to enter a world where men were strong (and yes, exploitive), and a woman stayed home and cared for the children, and romance was still something to step delicately around in the work place.
But Mad Men was more than just about now ancient personal relationships. Viewers loved looking at people who dressed attractively, who didn't report to work in sweat suits, who dared to smoke a cigarette and sip an inch of scotch back in the corner office....all sins that are now not only taboo, but will get your fired and marginalized for not fitting into the little mold that society has designed for you. it's about elegant furniture, plush leather settees and leather chairs...before anyone knew about IKEA and office partitions and the "equality for the masses". My God..it's about Black people who spoke quietly and politely, maitre d's who understood their role, secretaries who didn't demand to be called "personal assistants", stewardesses before they went militant and demanded to be called "flight attendants" and didn't slap down your in-flight dinner and huff if you asked for a re-fill of your in flight cocktail.
Mad Men was both honest and dishonest. Honest because they didn't yet have all these "self important" job titles that we now just adore, and dishonest because all that lovely sin was not lovely at all.
I watched all those little snippets, between episodes, of celebrities talking about why were devoted Mad Men followers....and those little tidbits were the most dishonest. Judging by what they said, they too, just as many viewers, were enjoying an era when things were simpler, where, for good or bad, people were more intimate, who communicated far better than we do today...a time when technology did not drive folks further apart, where conflict was settled peaceably or violently...but were at least settled and not resolved by "keyboard wars" by folks who presume to know it all and prove it by typing a respond in ALL CAPS to win their point.
Mad Men was simply a show that showed how messy human relationships can become. But viewers liked it far better than the cold remoteness of interrelating through social media and texting and one minute cell phone messages as we do today. Let's face it; we don't talk to each other today...our cell phones and computers do. Mad Men simply presented a time when people still "mixed it up" for good and for bad...and many think even the "bad" is a hell of lot better than the anemic relationships we have today.
"I'd like to buy the world a coke...and furnish it with love".