The Wealthy's Flight From America 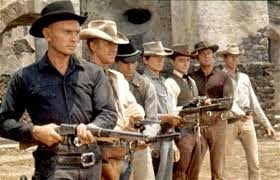 In the early 1960's the actor Yul Brynner, weary of 90% taxes on the wealthy, decided to form his own film production company, put his own money "at risk",  and pay corporate taxes in lieu of the punishing personal taxes he had been paying.  He felt like his 90% contribution to Johnson's War on Poverty was a bit much, especially since he might make three films one year, then none the next, but could not average out his tax burden over his working years.

So Brynner mortgaged his house and used his own personal savings and began assuming the risks of hiring actors, paying production costs and promoting his movies.

The IRS said not a word until after Brynner had already put his entire personal wealth on the line, then came along and voided Brynner's business arrangement and declared that he owed a great big whopping tax bill on the gross receipts of his movies.

After fighting the IRS without success, Brynner hopped a plane to Bern Switzerland, walked into the American Embassy there, and surrendered his American passport and his American citizenship.  Brynner would continue to produce and act in his movies and he made a lot of money...and the United States didn't get a dime of it.

The Brynner incident was a rare thing in the 60's.  Eventually personal tax rates would begin to come down, and eventually the IRS would go on to recognize "at risk" money and tax the business transaction accordingly.

Sadly, these days we are seeing a resurgence of the wealth flight.  Just this past week we learned that drug giant Pfizer corporation has submitted a bid to buy the United Kingdom's Astrazeneca so that they can relocate their world wide headquarters to London and realize a corporate tax rate half that of the United States.  We saw that same tax strategy when one of the founders of Google surrendered his American citizenship just weeks before Google went public and he pocketed tens of billions of dollars more for having abandoned the American tax system.

The Google Initial Public Offering made headlines...but U.S. corporations have been fleeing America for several years now....and with them, American jobs.  That rate of "wealth flight" has accelerated as Obama has chosen to demonize big business, all the while he can't explain why ten million Americans have left the work force during Obama's Presidency.  As long as he can ignore the severe decline in the Labor Participation rate the jobless numbers don't look that bad...and that's good enough for Obama.

But the most poignant stories are those of working stiffs who are surrendering their passports.  The U.S. is the only country in the industrialized world that taxes workers on their foreign earnings.  The new Barney Frank banking regulations now require foreign banks to report deposits of all Americans working overseas...at a cost to the bank of $7,000 dollars per banking customer.  As a result Swiss banks are telling Americans living overseas that they can no longer bank in Switzerland.  This leaves Americans working and living overseas with no means of exchange to pay their rent and utilities in their overseas domicile.

So last year 3,000 Americans turned in their passport, a 50% increase over the previous year.  This year, from January to March, a thousand did so, representing a 25% increase in citizenship forfeiture.
Some were sad about having to give up their citizenship, some were okay with it, citing the growing socialism in our country's government and the decline in civility in their native country.

Back in March of 2009, as Obama stood and spoke before the Egyptian Parliament, when he said America was no more special than any other country, he was wrong.  Sadly, Obama has done quite enough to now make the notion that America is not special come true....and more and more Americans are voting with their feet to prove that very point.