Are You Ready For $5 Dollar Lettuce? 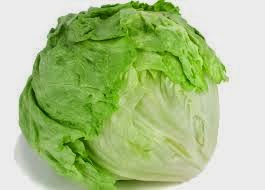 Every time you fill up your tank $3.70 cents of your gas total goes to Uncle Sam.  (An equivalent amount goes for state gasoline taxes.)  Gas taxes alone bring in $40 billion dollars into federal coffers.  Apparently Obama's Transportation Secretary thinks that's not enough.    They ran the numbers through the Congressional Budget Office, and Senator Kent Conrad, Democrat from North Dakota is preparing a bill that would impose a "miles driven" tax on American consumers.  Obama,  his energy czar and the EPA are giving the idea serious consideration.   Wait, it gets worse.  If soaring food prices have been putting a crimp on your budget these days just wait until our trucking carriers begin paying an extra excise tax for "miles driven".

Literally everything you buy in a grocery or dry goods store has been transported there by a truck.  Soaring gas prices have already added to your grocery bill but you're gonna wish for these prices after Emperor Obama issues still another executive edict that mandates extra taxes for those who traverse American roadways.

The crux of the problem is that Obama just cannot seem to generate enough money to keep furnishing "green checks" and a wide array of welfare benefits to his voting devotees if he has to set aside money to mend pot holes and re-build crumbling bridges.  He got his hike on the wealthy...and that wasn't enough.  He's ordered hundreds of new fees from tanning salons to real estate and cell phone taxes...and it's still not enough.  Nope, Obama's just got to get the cost of driving an auto running on fossil fuels so high that everyone will quit commuting to work, quit buying, and make the price of a head of lettuce reflect an astronomic cost of delivering it to your local Walmart.  If he succeeds even more workers will leave the work force and sign up for a seat on the government gravy train, and he can at last force you to your knees and make you depend on big government for your beans and rice and humble hovel.

Now, don't think for a minute that Obama, or the IRS, or the EPA are going to take your word on your driving habits.  They propose a mandate that would force automakers to install a GPS type device on your vehicle that will record your mileage as well as where you drive to!  Easily done with today's technology; Ford or GM or Chrysler or Toyota or Honda will simply slap an extra $50 bucks to the price of a car and this magic device will tell the IRS how much of a "miles driven" fee you owe come next April.

I only wish I was making this up folks.....every time I think it couldn't get worse, it does.