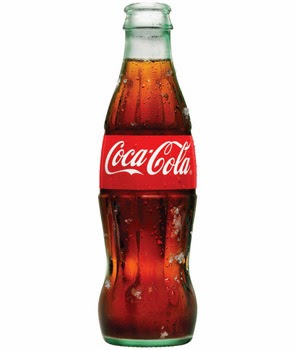 Coca Cola was wearing her international and progressive skirts last Sunday.  The company decided to present a backdrop of a variety of faces as America The Beautiful was sung in a dozen voices and languages.

There was a little something for everyone; Asians, Caucasians, Blacks, Hispanics and Indians.  There were gays and straights and perhaps some who swing both ways.  There were flutes of champagne and flower petals, walls with primary colors, same sex parents leading a toddler in an early morning walk…and, for straights, there were beautiful outdoor scenes of the American landscape.

So the next morning the news hounds all reported that the ad was not without controversy.  It seems that half the folks liked it and half of them didn't…and of course those who loved it called those who didn't "racists."

I didn't see it that way and I sense those like me whose heart was not touched with this one minute of schmaltz was because we felt it diluted American values….even flaunted them.  All of those Asian faces, all those Hispanic faces, the Indian faces and the Black faces are not new to America; we've always had our melting pot.  The "American face" has not been a lily white one for more than a century.

No, the reason the commercial set us on edge a bit was the idea that the melting pot is no longer what holds our great nation united.  It says to us that we need not learn English, need not know our history, need not embrace our centuries old values…but, instead, can just come here, exploit America for what can be gained from her, then demand that we embrace the superiority of their culture and deny our own.  The ad celebrated the 3% who are gay and shoved it in the face of the other 97% who believe in traditional marriage.

Coke seemed to be telling us that they are no longer an American citizen, seems to have forgotten that their success was birthed here, flourished here, all because we gave the folks at Coke the freedom to realize their dreams.

And, the ad seemed to indicate that it was not necessary to know the real meaning behind the song's message…they were careful not to sing the song's second stanza….the one that celebrates America's sacrifice, of America's grand commitment to freedom of the world's people, of the unique role we have played in feeding, clothing and liberating those who enjoy that freedom.  For all that we would ask only that those who come here learn to speak and honor our language…and to understand the "real" meaning behind the beautiful words of an American song.

Guilty of being American…not racist.

Posted by A Modest Scribler at 5:55 AM

Not a racist I am an Americanist, I don't like people or companies that do not support our values and traditions. Also not buying coke for the foreseeable future.

Uh can you put this in Spanish please. Don't offend me!
All I can say is assimilate or leave!

You hit this one on the head. That's what I was thinking when the commercial was playing. I agree with both HavasuRob, assimilate or leave. And with Craig, won't be buying any Coke products at all. Quit shoving shit down our throats, how about all of these company's join America and preach American values.

Waiting for the first shot!

Thanks, Craig, HavasuRob and Brian…glad to see I'm not the only one that was a bit put off with the abandonment of tradition in favor of the glorification of diversity.