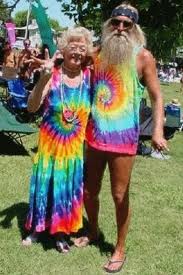 I'm a "boomer".  I am among those born between 1946 and 1964.  Just about every day I read something from a boomer criticizing the "younger" generation.  I also see some pretty dim Gen X and Gen Y'ers complaining about having to fund Social Security for the "blue hairs".  There is more than enough blame to go around for everyone but Gen X and Gen Y do have a few points.

While it is never acceptable to assess a set of values to 77.7 million people, (there are tens of millions of exceptions), there are some common assertions that can be made about a huge swath of the boomer population group.  Let's look at some of the baby boomer's "life achievements".  I caution again, the following does not apply to all baby boomers, but certainly enough of them to represent a significant social movement.

I have to preface this by first saying that some of the blame for some of the baby boomer failures has to go to the Greatest Generation.  Baby Boomer parents had to endure the Great Depression and a ghastly World Wide War against fascism.  This Greatest Generation, with all good intentions, wanted to give their children all that they didn't have; material goods, safety and security and freedom from want.  The Greatest Generation emerged from WWII with a "can do" attitude and an extremely strong work ethic.  They built homes in the suburbs, furnished them with televisions and radios and modern kitchen appliances and initiated the greatest spoilage of children known to human civilization.

So, when some Baby Boomers reached young adulthood, pampered with the blessings of Dr. Spock, free from want, they began looking about for something else that might engage their fancy.

Unlike their fathers, an "elite" group of Baby Boomers did not feel the need to serve their country.  They opted to be the "grand decider" on which wars were justified and worthy of their service.  So, the boomers took to the streets and the college campuses and they yelled and carried signs and spit on servicemen and women and burned their bras and smoked dope and listened to the bands of the day that catered to that movement.  Barack Obama's mentor, Bill Ayers, even went so far as to join the Weather Underground to blow up buildings on college campuses.

While still sucking off mom and dad, many Boomers condemned the materialism of the previous generation, as well as anyone among them who strived for material gain.

To escape their self imposed misery Boomers began doping up on pot, heroin, cocaine and a host of other recreational drugs.  They championed free sex and called it the sexual revolution.  When they had babies they named them "moon rock", "moon beam" or "world peace".

They started Earth Day and crusaded to save the environment, all the while driving their gas guzzling cars to their rallies and pissed and shit in the rivers and pastures of Woodstock.

After a decade that millions of Boomers don't even remember they finally woke up, their spirit of revolution and testosterone levels diminishing, and realized that their BA in Psychedelic Art from Berkeley was not marketable in the jobs market.

So many of those hippie Boomers were forced to reassess their lives.  So they moved back with mom and dad, or laid low, and waited for the old folks to die so that they could cop what's left of the family estate.  And certainly mom and dad, who lived through the Great Depression were sufficiently thrifty to leave their Boomer kids an estate with a hefty bank account and a paid up mortgage.

Boomers inherited thrifty mom and dad's wealth and became "investors".  They began to strongly embrace the materialism that they had derided just a decade before.  They played the real estate game of the 80's, bought BMW's and Caddies and Mercedes, then played the stock market during the Internet bubble, and hoped they'd be out of the scam before the bubble burst, all the while failing to parent by ignoring PTA meetings or Neighborhood Watch or warnings about their children watching graphic sex and violence on TV.  Further, their parenting failed because all their children need do is point to their parent's own Boomer youth to make any child correcting a moot point.

Boomers used their wealth to buy ever more expensive houses, then re-modeled them every two years when Corian was outdated by marble and when rosewood became more fashionable than oak.

Then a few years ago the Boomer House of Cards began tumbling down.  Home prices cratered and their 401k's and IRA's were decimated by a stock market crash.  And Boomers have been left to reside in their own pile of experiential excrement and decry the lifestyle of Gen X and Gen Y.

Gen X and Gen Y could care less for the materialism of their parents; they do not worship the logos of BMW or Mercedes.  Millions of them embrace the minimalism of municipal transit and opt to achieve a work/life balance to their lives, having recognized that corporate loyalty doesn't exist and never did.

So, Boomers, if you're guilty of these sins, repent and shut the hell up.  I personally opted for a more responsible citizenship and a life of service and have some..but fewer regrets than other Boomers.

A cautionary note to Gen X and Gen Y:  Don't be so damn smug.  The jury's still out on your generations too.  You folks tend to worship an Apple logo a bit too much and tend to value a Cappachino at Starbucks far more than their worth.  And you labor under the delusion that fingers on a keyboard trump the communications value of face to face talk or an occasional hug.  Finally, Gen X and Gen Y'ers are beginning to develop a keening "whine" and are starting to embrace a sense of "victimhood" and some sort of "wealth envy" against those who produce and prosper.  If your dear Barack could confiscate all the wealth of millionaires and billionaires it wouldn't even be enough to fund free birth control for all of you.  The American dream still lives for those who are willing to pursue it, though it is getting more difficult to reach.  Your Barack has also taught you that it's okay to enforce some laws and ignore others; you'll find the results from embracing those choices will not be to your liking.

Do not forget they also named them Bluebird, bat shit crazy !

Isn' it funny how "easy street" seduces each generation into sacrficing freedom for security? "Easy street" is rapidly being replaced by a muddy logging trail, and it wiil be very difficult to extricate without a massive rescue effort. So sad!

I am soo sick of the whining of some people around my age and younger(48)I just want to slap the snot out of them,tell 'em to suck it up and get to work.Then again they get all butt hurt at that and think I am the problem/asshole.