Dichotomies Of The Liberal Class 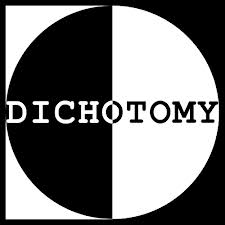 I guess the problem I have with liberalism is that I find those who advocate liberalism seem incapable of pursuing a line of rational thought.    They seem to embrace ideas that conflict with each other.  The dichotomies generated in following liberal political ideas leave me dizzy.

For example, while liberal Americans support Obama's embracing of the Muslim culture, where little girls' genitals are mutilated so that they can never enjoy sexual intercourse, liberal American women insist that their bodies are their own and if you won't fund universal abortion and birth control, you're a "heathen".

Liberals espouse absolute freedom to follow the most perverted cultural pursuits such as defining legitimate art as a crucifix in a jar of urine, or a nude Virgin Mary, yet liberals will hunt down, censor and savage anyone who espouses a conservative point of view.  And, to liberals, Christians are "rednecks and bible thumpers" not worthy of being American.

Many liberals have argued that Muslims in the United States should be free to ignore American law and follow only Sharia law while remaining silent as Muslims in the Middle East kill Christians simply because of their faith and burn down their churches.

Liberals are great at instituting laws that regulate what you can eat, whether or not you can smoke or how your babysitter is to be paid, but are impotent when it comes to enforcing criminal statutes.  Liberals work to insure criminal prisoners are treated better than the taxpayer who foots the bill.

Ten thousand liberals will gather for a march to stop the execution of a condemned killer but not one of them will make a single sympathy call to the murder victim's family.

Liberals in San Francisco will fine you $500 bucks for smoking a cigarette but have no problem if you light up a joint in Ghiradelli Square.

Liberals will file child abuse charges against an American parent who fails to secure their child in a children's car seat but sympathize with a Mexican Coyote who piles 15 illegal Mexicans in a van like cord wood and sneaks them across the border.

Liberals are some of the stingiest givers of charity from their own wallet but have no problem giving out your tax money with wild abandon.  The latest tax return information was reported in yesterday's news.  While Mitt Romney gave $4 million dollars to charity, Joe Biden gave only $5,500 on an income of nearly $400,000 dollars...yet Joe is the liberal champion who cares..and Romney is cold hearted and out of touch.

Sorry, liberal Americans;  I just don't get you!

Frank, I've been reading more lately about how the brains of liberals are wired differently than most people. Researchers are now offering the hypothesis that liberal brains are not wired so that rational thought is possible, thus relegating them to reacting solely on emotion.

I'm doing more research on this and may write about it soon...we may very well have still another "handicap" class of folks that we didn't know about before.

Thanks for reading and taking the time to comment.

After reading Rhea Avery’s letter to the editor on July 5, regarding how liberals and conservatives are wired differently, I think that I must have had a brain transplant in the ’60s. Up until then I was a die-hard liberal, but when I realized how destructive liberalism is to America, I chose to be a conservative.

Never before have so many people decided that the government owes them a living. There are so many programs for the down and out and not so down and out that we, as Americans, will never dig our country out from under the massive debt.

Oh yes I hear how it’s all George Bush’s fault. The liberals always lay the blame for any problems they create at someone else’s feet.

The only thing I don’t understand is how do the liberals think all this socialism is going to be paid for? Taxing every cent the rich have will not get the job done. Don’t the liberals realize that even they are also going to be taxed more? Do they not care that the same regulations posted by the government will also apply to them?

Do they not know that when the government hires more and more workers to implement their agenda and programs that we would have less and less people in the work force to pay for those programs?

The House Ways and Means Committee issued a report saying that they would have to hire as many as 26,000 people to monitor and enforce the new health care law. That was when it was first passed, so I would imagine it will cost much more now.

I have worked for over 60 years and I am tired. Just once I would like to hear someone who is using all the liberal “free” programs give thanks to those of us who are working very hard to ensure that they continue to get these “free” benefits. But all I hear is complaints about needing more and more.

I guess I don’t much care who has the biggest amygdalas and don’t know much about an anterior singulate cortex, but as an ex-liberal I do recognize a bunch of B.S. when I see it.

A benefit for liberals is that thanks to their wiring (and plumbing), colonoscopies double as brain scans. Certainly a cost saver under Obamacare.

That's hilarious Colonel! I needed that!

I believe this is the best of the best columns you have written since I have been reading and I notice no liberals are here this time. "Liberalism is a mental disorder" to quote another great author, yet we allow them to lead us.
We are late for the revolution, Lets get started before it's too late!

got one last chance, Ken. See if you can get 10 people to register to vote and vote the Chicago thugster out of office.

Thanks for your kind comments.

the truly sad part is if you could get a liberal to read today's column they could never understand it.Pitiful sad lot they are.

Sadly, you are right, Craig.

Liberals claim to want to give a hearing to other views, but then are shocked and offended there are other views
William F Buckley,Jr

“The course of history shows that as a government grows, liberty decreases." Thomas Jefferson

"Experience hath shewn, that even under the best forms [of government] those entrusted with power have, in time, and by slow operations, perverted it into tyranny."
Thomas Jefferson