The Snark And Whine Crowd 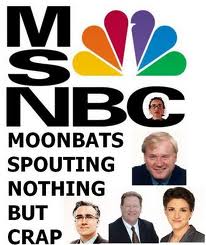 Fellow Conservatives:  I have a homework assignment for you.  You're not going to like it, but you need to complete it to fully understand how badly the "snark and whine" crowds have poisoned our culture.  Okay, here it is:

Go to MSNBC and start watching and listening.  Start with beady-eyed, "uncle tom conservative", Joe Scarborough, "Morning Joe".  Listen to Joe Scarborough talk about his glory days as a Congressman from Northern Florida.  Listen to him exaggerating his own role in the Reagan Revolution.  Listen as he snuggles up to Mika and slams the Republican party for not signing on to Obama's spending spree.  Listen to Mika emit arrogant sighs at anything conservative.  Watch the parade of liberal whiners and snarkers belittle the Tea Party, and any conservative thought.  Watch slime boy Donny Deutsch suck up to Mika by glorifying liberal women.  After fifteen minutes you can switch channels because, in the two or three hours of "Joe", you're going to just hear the same snarky things over and over.

Take a break and come back in a couple of hours and watch a little of Andrea (Angria) Mitchell.  She's the main squeeze of ancient Allen Greenspan, who while head of Fed, presided over the housing bubble and runaway greenback printing.  Angria will spend a good hour bloviating on the heartlessness of Republicans.  She'll bring up Sarah Palin half a dozen times, she'll call Ann Romney a rich bitch, then move on to castigate South Carolina Republican Governor Nicki Hailey for busting the corrupt unions in her state.

Following Angria Mitchell, you have the Black girl, don't know her name.  She's one of those anointed Blacks that sucked in a whole slew of minority scholarships to get a Masters Degree in "Snark".  This morning she was attacking Ann Romney's speech at the RNC convention last night.  Called Ann a silly little homemaker "standing by her man" and thus, irrelevant, in the public political arena.  She'll feature a Black Hollywood movie star and laugh as he expresses the wish that the entire contingent of Republicans should have been drowned in a flood ravaged Tampa.

Before you gag, take a break.  Come back for the ED show.  (not about erectile disfunction; instead it's a big fat blathering idiot who spends an hour spewing hate for Mitt Romney.  Loves to call him "Mitts".

Following Ed, you have Rachel Maddow to endure.  She's the champion of snark.  Two weeks ago she and Chris Matthews "covered" the RNC convention.  If you were watching MSNBC coverage you didn't get to hear the convention speakers.  Chris and Rachel were doing a "hate fest" and they made quite a pair.  Not an objective observation during the whole show.  And somehow, MSNBC camera crews couldn't bring themselves to cover the Hispanics, Blacks, Asians and American Indians in the audience.  When I turned over to C-Spasn I saw a veritable rainbow of ethnicity at the RNC convention, yet MSNBC provided "cover" for the anointed one by not shining a camera on them.

After manly Rachel you'll get to see and hear Larry O'Donnell do his thing; he calls his show "The Last Word", fitting, except that he always get the last word and that word is always "hateful snark".

The MSNBC audience?  It is those liberals you see on the street every day.  They speak in a whining tone, turn every one syllable word into two, every two syllable word into three.  They have sucked on the government tit for so long the shape of their mouth seems to have formed a "permanent pout".
They do not believe in God because Government is their God.  They are generous with your tax dollars but not their own, for they pay none.  They are "Brown Shirts" that will not tolerate an opposing opinion; those who do hold opposing views are called "knuckle draggers", "T-Baggers" or "Racists".

Here's the national anthem of the snark and whine crowd:  (to the tune of America)

My Country Tis of Thee
Sweet Land, Everything is Free
Of thee I whine

Land Where The Welfare Rolls
Just Keeps On, Grows and Grows
High In The Air, My Nose
We Thrive On Woe