Liberals And The Electro Magnetic Grid! 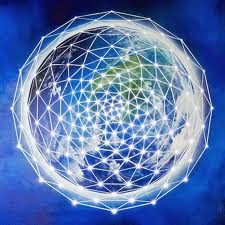 Scientists at Georgia Tech were confronted with a rare and puzzling phenomenon last night about 9PM Eastern Time.  It seems their monitoring devices that track the world Electro Magnetic Grid were belching out alarms and their meters were fluctuating wildly.  Was Sun Spot activity responsible?  Solar monitors rushed to their telescopes to assess the situation and found no unusual sun spot activity.  Hmm.

In the mean time cable and satellite radio and television providers began to receive a huge influx of calls from customers complaining of problems with their radio and television reception.  One engineer was quick to note that the problem seemed to be confined to the Southeast and the problem was especially problematic in the area immediately in the vicinity of the Democratic National Convention in Charlotte, North Carolina.  Sound engineers noted a strong "keening" sound emanating from the convention hall.  A sound truck was quickly dispatched to the scene and engineers noted an interminable whining emitting from the convention center itself.

Sound engineers soon had sensitive sound monitors deployed around the convention floor.  Here's what they heard : Sad and mournful moans emanating from an audience of thousands as the convention speaker demonized big business as the cause of their financial misery,  conservative Republicans for having the audacity to say they don't wish to pay for free birth control for all, and Tea Party advocates that kept trying to force them to look at a debt clock.

Instead, the Democrats chose to accuse Romney of being responsible for the cancer death of a woman, a spouse to a worker at a steel mill Romney didn't own, while, on the same night, honored Ted Kennedy, who really did kill a woman in a drunken stupor at Chappaquiddick; drove her off a bridge and swam away, leaving her to drown in his car.  Kennedy was so heroic he went home and slept off his drunken stupor, then called the police twelve hours later.  Ah, the Dems agony and their ecstasy...and endless keening and whining.

Speaker after speaker advocated for the right to love and marry anyone and thousands of bestiality enthusiasts cheered, hoping that, soon, perhaps very soon, marriage between their German Shepherd or Elsie the Cow may soon be the law of the land.  The strange keening sound intensified as a bus load of illegal Mexicans , riding the "Undocubus", honked the horn and thrust Mexican flags out the windows as the shouts of "Viva Amnesty" rang out strong and true all over the parking lot.

Then, at exactly 10PM Eastern time the keening and whining reached a crescendo as Michelle Obama began speaking at the podium.  She spoke in worshipful tones of The Anointed One.  As she recounted the "hard times" Barack had to endure during a twelve year career as "professional student", living under the confines of minority scholarships, federal education grants and federal student loan checks and having to choose between buying his morning latte or a small baggie of cocaine to get him through his Harvard inspired "American Under Marxism" class.  As Michelle recited Barack's woes in attending an exclusive private high school in Hawaii on a minority tuition-free scholarship the crowd began to moan in commiseration for Obama's ordeal.  The whole recitation was to show that The Anointed One was one of them, one of those disaffected poor squirming beneath the jack boots of the "one percent".  As Michelle concluded her speech her final soaring oratory sent the crowd of thousands into one huge collective liberal orgasm that shook the walls of the building and sent the sound engineers scrambling to record that monstrous keening and whining that sent the electro magnetic grid into aural chaos.

Soon after the convention night ended the grid returned to normal.  However, the FCC released a news bulletin this morning, warning citizens in the Southeast that their radio and television reception may be problematic between the hours of 7PM to 10PM for the next two nights.

Humor professionals know that the best humor includes a measure of truth. You have clearly succeeded, in that way, to create great humor. Thanks.

Thanks, anon. Yes, humor and sadness and irony. :)

This column was the funniest read in a while. Been kind of depressing around the blogoworld these days. Thanks for the ray of fun, GOOD ONE! Enjoyed the laugh!