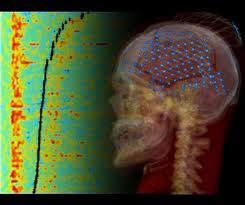 Well, I just got back from my doctor's office.  She did a complete workup on me, and after exhaustive tests, I've learned that I have Acute Barackobama Acoustic Syndrome.  The disease is characterized by a autonomic "filtering out" of the spoken word whenever our President begins a speech.  My doc says this syndrome has become all too common and that she's seeing more and more patients with the same problem.  She related that the Center For Disease Control out of Atlanta has issued health alerts, saying that Acute Barackobama Acoustic Syndrome is a rapidly spreading epidemic as they have identified millions of Americans suffering from the same condition.

The only thing doctors know about the disease at the moment is that, after the President's 1,509th public address, promising more government benefits, more regulations, more taxes and fees, more national debt and more justifications for high unemployment and a stagnant economy, Americans in the millions are experiencing an "automatic shutdown" of the auditory nerves in the brain.

Patients report that their hearing seems to be fine until a "news alert" banner appears at the bottom of their TV screen and a still shot of the White House Rose Garden comes into view.  Then, just as the President steps out those glass doors of the West Wing and steps up to the podium, their auditory systems seemed to activate a "mute" button somewhere in the brain.

It is then that the patient must rely solely on his or her sense of sight to take in the address.  Patients can clearly see their President, chin held high, with head swivelling to accommodate both left and right teleprompters, but are unable to hear the words anymore.  Researchers at John Hopkins University Research Hospital are exploring the possibility that patients suffering from ABAS may be more prone to auditory shutdowns when a message to the brain has been transmitted over a set number of times.  They theorize that perhaps hearing the same message over 1,000 times may be triggering some form of defense mechanism meant to preserve one's sanity.

John Hopkins doctors say they are discovering some remarkable symptoms that seem common during the initial onset of the disease; for example many patients find themselves hearing normally until the words "hope" or "change" are uttered.  Those two terms seem to result in an auditory shutdown, only to have normal hearing restored when the two words are no longer heard.

The CDC is advising physicians to watch their patients closely for the early warning signs of ABAS.  They advise doctors to counsel patients to be watchful for situations that may trigger an ABAS attack.  Some examples include seeing a blue banner with the slogan "Forward" may be an early warning.  Others include still shots of the White House Rose Garden, a TV "news alert" of an impending  State of The Union Address, a figure bounding down the stairs of Air Force One, arms held high and windmilling as the figure double teams down the airplane steps, or any public event where the participants are eagerly awaiting another Presidential Edict, the announcement of another government program or a bestowing of another government benefit.

The Center for Disease Control says they will not be able to issue any more definitive information about Acute Barackobama Acoustic Syndrome until November, at which time they hope to have more information about this dreaded epidemic.  Until then we can only hope that a cure for this disease is found soon.

Most people don't realize the damage BHO did to GM bond holders (mostly older retired people) when he decided to unilaterally (and illegally, BTW) alter the typical bankruptcy proceedings and reward his union donors with GM money. These bond holders were at the front of the line of creditors entitled to payment in a bankruptcy action until the Anointed One changed the rules to suit his desires. The bond holders were left with pennies on the dollar, rather than being made almost whole, as they would have been under usual bankruptcy proceedings. So, the union parasites received far more than they were entitled to while those who counted on this money were told "Sorry." BHO had no legal authority to do this, yet no court nor Congress intervened. Reelect him to a second term and expect more of this dictator-like activity from a man who clearly considers himself above the law.

Randy, I've written about Obama's relentless assault on contract law often. Whether it be the GM deal, or Obama's push on mortgage holders to reduce principal and interest on home loans to a wide range of financial matters, Obama will violate any law if it furthers him aims. Are those aims true socialism or does he do this just to pander and garner votes? Still to be fully answered. However, what we do know is that when a society no longer respects contract law, surely chaos ensues and the system breaks down....as does a nation.
When everyone who signs a contract is fearful that big government will step in to alter that contract, the nation's commerce is no longer relevant, as are the norms of their society.
BHO is the most destructive force this nation has ever known.