"The 'Chaos Theory' of Liberal Politics" 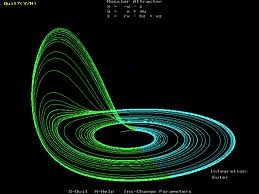 Que the Twilight Zone music.  Open up your Funk and Wagnals.  Look up the definition of "obfuscation".  Oh, never mind, I'll define it here for you.


"Obfuscation":  1. To make so confused or opaque as to be difficult to perceive or understand: "A great effort was made . . . to obscure or obfuscate the truth" (Robert Conquest).

2. To render indistinct or dim; darken: The fog obfuscated the shore.


It would now seem that the Obama/Pelosi/Reid regime, and the entire liberal electorate,  have now succeeded in being able to re-direct the national conversation on any issue toward the demonization of anyone who clings to moral or constitutional principles.

Let us take, for example, the uproar over the mandatory funding of contraceptives in both private and government health care plans.

Most of the Catholic leadership, and some 2,000 American Protestant church groups are balking at Obama's "government overstep" and intervention in mandating that organizations that are morally opposed to contraception, especially "morning after abortions", must provide free contraception to any woman who wants it.

In addition to church groups who oppose this mandate, just about 65% percent of all Americans oppose it as well, not based on their personal opinion about birth control, but instead based on Obama's consistent violation of our constitutional rights not to have to publicly fund with our tax dollars programs which we do not support.

Now, here's the crux of the problem.  Instead of our being able to hold a national conversation about "public funding", the liberals have been adept at turning the conversation into a emotional argument in which the liberals contend that those who oppose the mandate are 1) trying to dictate to women 2) intruding into the personal lives of women 3) trying to dictate to women how they will conduct their sexual lives.

And the liberals are winning!

As with almost any liberal social issue, the Democrat's strategy is to create such chaos that sound thinking is difficult to achieve.  Obfuscate!  Obscure the real issue to such an extent that the argument is no longer a moral issue, or a constitutional issue, but instead is an issue of the opposition "bullying" those who have come to the public trough for more and more of the government tit.

And, no matter what the issue, the left has succeeded in muddying the waters.  Illegal Immigration?  If you oppose illegal immigration and the upholding of our immigration laws, you are "racist".  If you oppose the fraud in our social service programs you are "heartless".  If you are paying taxes and you wish those other 52% that are paying no taxes would ante up a little themselves, you are part of the "1 per centers".

Chaos and Obfuscation.  It's destroying our nation and too damn many people are being reemed and don't even know how it's happening.

Conservatives [NOT republicans] are (left brain) and analytical, factual and objective.

Liberals (right brain) base their decisions on emotion and feelings. To Liberals, results, facts and history are something to be ignored. Facts to liberals are like garlic is to Dracula.

And, now, science has proven Liberals lack the gene to think logically.

1) Change the debate to something else
2) It's all society's fault
3) Add irrelevant points
4) Distract and Divert attention
5) Ridicule your opponents – name calling (Alinsky rule #5)
6) Use feelings – 'it's not right' or 'they deserve more' or 'that's unfair' etc. etc.
7) Shift blame to something else
8) Create class envy
9) Make up 'facts' as needed
10) We are smart. You are too stupid to understand.

Almost 100% of all Liberal 'arguments' will consist of the above. In other words – non-reality. Fantasy.

Remember, liberals have drunk deeply of the kool-aid that is big govt. socialism and control. They know better than you.

Obama is a God to them.

My God, Mustbe! You nailed it so accurately! There is simply no way to argue rationally with a liberal. i've had hundreds of comments to my blog entries and, without exception, they spew, they erupt...but they never address the points I made in a particular essay.

Thank you so much for taking the time to stop by..and for leaving comments.