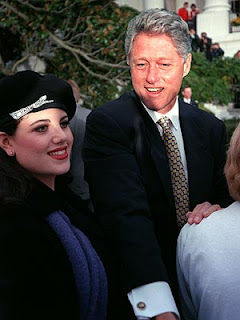 Wasn't it Sun Tsu who said "know your enemy?".  Well, this week I tried mightily to watch at least part of the Democratic National Convention.  It was hard to watch.  In fact, I find it hard to believe that anyone with a functional brain and even a trace of a sense of morality could find anything of value in a silly, idol worshipping cult of moral degenerates.

This week we had the liberals accusing Mitt Romney of murdering a steel workers wife because a company he owned six years before dropped medical coverage for her working husband.  (Turned out she had her own healthcare policy from elsewhere and let it lapse).  Then, on the first night of their convention the Dems trot out a whole "bells and whistles" honoring of Ted Kennedy who really did kill a woman when a midnight rendezvous with a young aide turned nightmarish when Teddy, in a drunken stupor, drove off a Chappaquiddick pier, then swam away, leaving the young girl to drown in his car.  He then went home to sleep it off and didn't call the police until twelve hours later.

This week we had silver headed, smooth talking Bill (Slick Willie) Clinton give the nomination speech for The Anointed One.  Yeah, this is the same guy that raped a young campaign worker in a Little Rock hotel room, the same guy that used an Arkansas state trooper to procure a hundred different women for him to bed, the same guy who carried on a long term affair with Gennifer Flowers, the same one who paid millions to silence Paula, the same one who used White House intern Monica Lewinski for a little oral sex relief in the Oval Office, the same guy stripped of his law license for lying to a grand jury and the same one who pardoned Mark Rich, who funneled millions into Clinton's campaign coffers.  My god, you talk about a war on women?  Bill Clinton was the Commander in Chief of the war on women!

And yet, here was Slick Willie up on the podium, mouthing homilies of victories and accomplishments for which the only credit he deserves is to be President when Americans sent those Contract with America Republicans to Congress in 1994 to rein in big spending Bill Clinton.  A President that disgraced the highest office in the land, only the second to be impeached in our entire 235 year history.

And here were the Democratic delegates oohing and ahhing and having collective orgasms over a man totally without a moral bone in his body.  They roared and they laughed and they cheered as Slick Willie twisted truths and pronounced lies...and made them all so lovely and real.

Also gracing the Democrat's stage was Sandra Flucke, a 30 year old law student who's only claim to fame was wanting taxpayers to pay for her birth control pills.

Then we had the Mayor of bankrupt, crime ridden, illegal alien-infested Los Angeles, as the "stage manager".  Did anyone see his efforts to get "God" and "Jerusalem" back into the party platform?  I was reminded of the scene in Ten Commandments when Moses returns with the commandments only to find the mob worshipping the golden calf....the good mayor, lacking the moral authority of a Moses, was tongue tied and uncomfortable as the liberal mob shouted down his efforts to get "God" back into the platform.  A party chairman finally had to come out and ram it down the crowd's throat cause The Anointed One read the polls and saw his numbers plunge.  So "God" is back in the platform...until after the election is over. 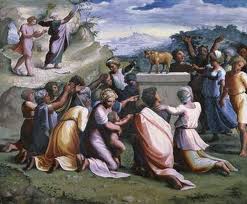 Folks, I tried my best to take these people seriously but, frankly, all I saw this week was a bunch of criminals, perverts and an immoral orgasmic mob of people worshiping the golden calf of more "give me", more adultery, more atheism, more illegal amnesty and more wasteful government spending.

Sad, Damned Sad.
Posted by A Modest Scribler at 3:00 AM

I think you nailed it!

I am in full agreement with Anonymous up there. I tried, like you, to watch, as that is how we are supposed to become informed, but I can't watch the lies already debated and proven in the papers just once again trotted out as if they somehow had been washed, cleaned and proven to be gospel truth. I really keep thinking we are an intelligent nation but this is amazing, depressing as hell but amazing. It's like watching a well dressed, overfed third world nation go about its silly business.

I have forwarded your morally bankrupt newsletter to the appropriate people. You are more disgusting and vile than Mark Levin and Sean Hannity combined.

Why is the news media not reporting the lies like they did on the RNC? Could it possibly be because there weren't any? Look in the mirror. Who's lying to whom? I know this will get deleted and my email will get hacked again but I'm still coming for you. Semper Fi baby!

Ken, thanks for the comments. We are in agreement. Vietnam Vet (this is your third name you've used here so the ID is suspect), as usual, you spew the liberal gibberish; not one of my points were contested because you can't contest the facts.

Read "The Next Vice President"; Paul Ryan is not as exciting as Clinton or Waters or Sharpton or Rangel because Democrats find anyone who lives a normal, healthy and moral life is simply too boring...and that "golden calf" is so shiny!

BTW, you've exhausted your quota of gibberish today; any more and you'll be deleted.