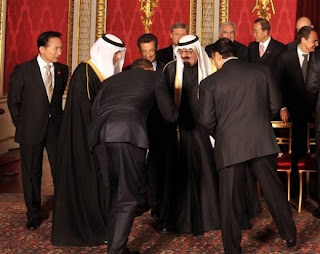 When Barack Obama made that speech to the Egyptian Parliament soon after taking office I knew America was in trouble.  It was that speech in which Obama said America is no more special than any other country.  He chose to ignore our saving the world twice and feeding and medicating the world for much of the last century. Never mind that no other country in world history has been as valiant in defense of freedom nor as compassionate than the American people.

When Obama and cohorts changed the name of the "war on terror" to "overseas contingency operations" I knew we were in deeper trouble.

When Obama and Hillary and Nancy and Harry began experiencing collective orgasms over the "Arab Spring"last year I knew they were wrong.  Having worked in the Middle East for ten years I knew those wide eyed dreamers in the Obama administration would find the only consequence of instability would just be more instability.  While Obama, like Bush, dreamed of democracy, I saw a continent of Muslims who cling to the severe dictates of the Koran, and democracy has no place in those societies.  The best we've ever been able to hope for in the Middle East is a benign Muslim dictatorship.

On several occasions I warned of these naive and unreasonable hopes for democracy and tolerance in the Middle East  (links below).  Ironically, the only place you'll find democracy in that region is in Israel, whose Prime Minister Obama will not meet with, and with our only ally in the region for which Obama holds disdain.

"Israel's Fight For Survival" ...May 2011
http://justcommonsense-lostinamerica.blogspot.com/2011/05/how-ya-like-those-egyptian-freedom.html

After Obama found out about the assault on our embassies, rather than manning the situation room in the White House, he flew off to Vegas to garner a few more votes.  Not until the American people rose in anger did Obama see the need to trot out Hillary, then follow up with one of his pat speeches on "tough foreign policy".  Even then he provided an out for militant Muslims by saying we can't judge Muslims based on the action of  a "few".   Pardon me, but I saw many more than a "few" Muslims doing the dirty deeds.

The last time we had a Middle East apologist in the White House he carried the name of Jimmy Carter and he lost 49 of the 50 states in the 1980 Presidential election to Ronald Reagan.  Twenty minutes after being sworn in Reagan called the Iranian militants and said "you've got one hour to free the hostages or we'll bomb you into the stone age"....in less than two hours the hostages were on a plane home.

God help us, we need that kind of courage and backbone again.