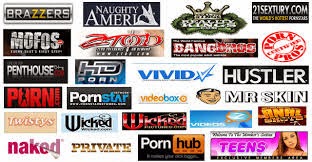 I'm not an sex expert but I've been around enough to know that the sex is best when you're with someone you love, or at least care for.

I remember "Deep Throat"! That's the film Nixon had to see twice before he could get it down Pat!

Oh, I how I loved that 40 year old joke...even re-told it myself a couple of times. Won't anymore now that I know it is so well known. :)

Will not give up on the one where Nixon is aghast that someone has written "Fuck You, Nixon" in urine out on the snow covered Rose Garden. Nixon demands an immediate Secret Service investigation. That evening the Service reports to Nixon that they found the culprit but he's not gonna like it. Nixon demands to know. Secret Service says "the VP pissed that message in the snow...but it was in your wife's handwriting....:)

Ha! where was I? I have never heard that one!

That industry has also driven the quality of video(dvd's blu-ray)people want clarity.Can't type that word letters worn out.

I dunno...I think I'd get more enjoyment out of the engine video. But I'm weird like that.

Shame on you, Craig.

"Wraith"...so I see the new name (new to me, anyway) and I click on his profile and see that he too is a blogger. So I go over, take a look, and, as always, am pleasantly surprised to read the thoughts of someone else. That's one of the bonuses of writing this blog; be introduced to new people and new ideas.

Jerry, my man, yes he did...he said watching a piston engine would be more enticing.

btw, have you gotten busy on your own blog? Last time I looked you were being lazy. Just because it's not tomato season doesn't mean you don't have to work a little.

Thanks for the reminder! I did post the other day but when tomato season is over I slow down. It doesn't help that I get 40 "lookers" and 3 or 4 comments.That is not inspiring me to say much. I have even picked a fight now and again on purpose to rile up a response and still silence. I have a wife for when I want that silent treatment!