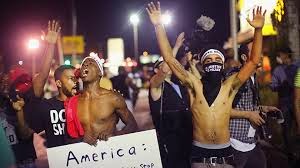 The Ferguson, Missouri protesters were out in force this past weekend.  They vowed to cast a giant shadow on those honkies playing baseball in the NLCS.  They promised to harass and disrupt foot traffic heading into the stadium.

All that Black faux anger lost to greed.  No way were the St. Louis Cardinals going to jeopardize some 40,000 $100 dollar tickets to see the Giants and Cardinals play baseball.  It's all well and good if the thugs want to mob rob a QT, or even burn down the damn thing...but you don't mess with the big money boys.  The well heeled Budweiser-fueled Cardinals put out a small army of security teams to make sure the game continued without disruption.

The Ferguson thugs were able to disrupt the St. Louis Symphony last week as they interrupted a performance and began standing and singing the anthem of the "eternally persecuted Black race".  But they got away with it in Symphony Hall because that is the bastion of rich white liberals who wouldn't dare raise any objection, less their white guilt be questioned.

This morning's news reported that there was some "Ferguson thuggery" at last night's 49er-Rams game but nothing that the usual football thugs couldn't live with.

By the way, here's a pic of the "sandwich" belonging to the second thug that got shot by the police last week.  The coroner also found gunshot residue, not mayonnaise, on the thug's hands and three rounds matching the thug's gun near the place where police returned fire and killed him dead. 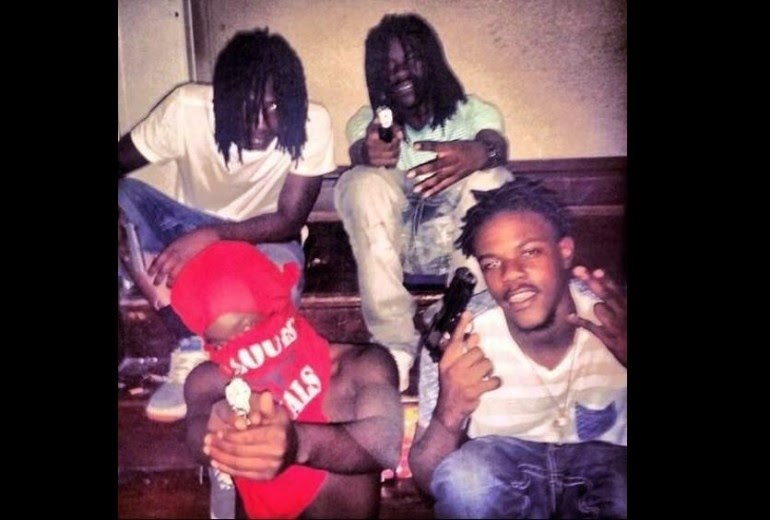 Just as an aside, I couldn't help be bemused by all that hype being pushed a couple of weeks ago, about how Ferguson's Black thug population was registering to vote in record numbers.  The liberal press was aglow as they cited thousands upon thousands of Blacks lining up to register to vote.  Alas, someone bothered to check with the state election board.  Somehow or another, only 128 of Ferguson's worst were recorded as newly registered voters.

I don't know how the huge disconnect came between what the general thuggery claimed was happening in the voter registration campaign  but I expect a significant number of those "Michael Brownites" are carrying felony convictions somewhere in the vast bureaucracy and were purged from the voter rolls.  Or maybe that 8th grade education just wasn't enough to allow them to puzzle out a voter registration form.

So there's a lot of Democrats, locally, in the state of Missouri, and nation wide who were having premature orgasms in anticipation of another swath of Democratic Kool Aid drinkers who vote for Dems 95% of the time.  But, hey, there's always hope...The Supremes are saying it's damned hard for someone to come up with ID, and shouldn't have to, so maybe the thugs can just waltz in, sans ID and cast a vote anyway.  Ain't that great!

According to the logic of the left, felons will be allowed to vote. If they don't vote or forget,that's ok, the democraps will cast a vote in their favor for them.

According to the logic of the left, felons will be allowed to vote. If they don't vote or forget,that's ok, the democraps will cast a vote in their favor for them.

Wow Craig. Insightful enough to post it twice, huh? :) Come on people. We all know this game. The Natives get restless every few years and need to blow off steam. If they don't, they'll continue to kill one another into extinction. Obama was voted in because Blacks(and Liberals) thought he would make everything better. Boy, were they wrong. So let them huff and puff for a while, then go back to hibernation. If it wasn't on the news, no one would care....

Frank, the media will squeeze every bit of ink they can out of this story. It is part of their agenda and the facts will never get in the way of the story.

I was raised in Ferguson, section 8 housing created the problem. Liberals have thought with their infinite wisdom that the blacks would aspire to better themselves, unfortunately they aspired to bring down their caucasion neighbors to their sub culture level. White flight ensued, not too hard to figure out!

anon, that's the story of a thousands cities in America. This should prove beyond any doubt that Dems thrive off the lazy backs of Blacks. Dems know the Welfare Plantation model is a failure...but what else have they got to offer? Certainly not principles or the value of hard work or the value of living a moral life!