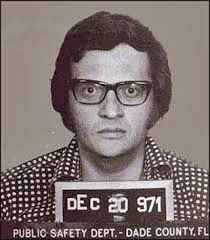 December, 1982.  I had left my last military base, in Grand Forks, North Dakota,  heading west to California.  I was driving a recently acquired old Volkswagen camper bus, intending to park it in my mom's garage before heading out for a tour in Korea.  My family would stay behind at the old base until summer when they too would drive the old Buick, head out to California, put it on a Matson barge for shipment to Hawaii where I would meet up with them on mid-tour leave and get them settled again back in the ''land of Aloha".

But all of that lay ahead.  Just then I was on a camper bus heading West.  I worked my way across Montana, and Wyoming, then turned south in Idaho and hooked up with I-80 in northern Nevada.  The old bus was happy to once more be on level ground and she would not have to work hard again until we reached the Eastern edge of the Sierra Nevadas.  As the miles rolled by up there in the high desert I looked up into the sky and the stars were so damn fine I had to pull off the road and get out and look up at them.

Getting back in the bus I poured myself a cup of coffee from the thermos and switched on the radio.  There was this guy doing an all night talk show.  His voice was deep and rich, and in the deathly quiet of the desert,  hearing him talk was almost a religious experience.  The guy's name was Larry King, born Lawrence Harvey Zeiger.   The first thing you noticed about him was his natural bent to savage anyone calling in who might disagree with his personal or political philosophies.  A four pack a day cigarette man back then, King's voice did not suffer from the heavy smoking.  His voice had such heft that one who had never seen him might imagine the man behind the voice was big and burly...even threatening.

But he was good with his guests.  He might be interviewing an author, or actor, or politician, or celebrity notable, and you got the feeling that you were getting the meat of who the person was.  King's strength was his immense sense of curiosity.  He once did a three hour interview with two geologists and I found it to be one of the most fascinating three hours I ever spent on something.  "What is geology?" King would begin and the conversation would flow from there and you just couldn't turn away while Larry was asking questions.

When I finally arrived at my mom's house I hauled out an ancient little tape recorder and set it to taping those marathon King sessions that came to you on Mutual Radio back then.  I carried those precious few tapes over to Korea with me and went to sleep listening to King cassettes on a little Sony Walkman.  Then I wrote home and enlisted my kids to begin taping King and sending me the tapes...enough to keep me supplied during my year long tour in Korea.

When I returned, and we got settled in Hawaii, I was delighted that a local Honolulu station was carrying the Larry King show.  King broadcasted out of Washington D.C. so he had a wealth of guests who came through and stopped by for a talk.  When not interviewing a guest King would kibbutz about his favorite restaurant, Dukes, or speculate about what baseball team would triumph in the World Series.  He also delighted his audience with tales of his Brooklyn youth with pals like Sandy Koufax.  Because of the time difference they taped them from the previous night, then ran them at a decent time the following night.  King even came to Hawaii for a week and broadcast his show from there...he seemed to be delighted by the islands and said so often.

Not long after King's trip to Hawaii he had a serious heart attack.  Because his father had died at 46 from a heart attack, King took the wake up call seriously.  He gave up his four pack a day smoking habit cold turkey and began a health regimen that would have impressed a Marine.

So, for the next fifteen years I could not live without a day listening to Larry King.  He even filled my Arabian nights while I lived and worked in Saudi Arabia, the kids at home continuing to keep cassettes regularly flowing through the mails.

Larry finally hit the big time when Ted Turner convinced him to do the TV interview show on CNN.  Already pulling in big bucks as the star of Mutual Radio, King became filthy rich with this CNN show and through his best selling books and weekly column in USA Today.  For a time he was doing both the TV show and the marathon radio show, leaving the CNN studios in Washington and heading over to Mutual to do his long radio session.  Then concerns about his health forced him to cut back on the radio sessions, then end them entirely.

I was never as impressed with Larry on his TV show.  He quite naturally had to tone down his fervor a bit.  And I always thought his interviews were too soft....he seemed to fawn over his favorites and was exceedingly polite even to those he disagreed with.  I was always waiting for Larry to ask the tough questions and he never did...evolving into something like a Barbara Walters, more delighted in "knowing" celebrities than interviewing them.

Larry left CNN in 2010 after 25 years.  Just as well...Larry's life, if we can believe People Magazine and US Weekly, is cartoonish.  His eighth wife, much younger than himself, seems to be a materialistic bimbo who clearly married Larry for his money.  She did bear him two young sons whom Larry now seems to have more time for than his older daughter from an earlier marriage.

But you still have to admire Larry King for his perseverance.  He's come along way from those little 5000 watt radio stations down in Miami in the 50's.  He persevered through a Grand Larceny charge from a business deal gone bad.  He had a heart attack in his early fifties that threatened to call a halt to his newly blossoming life, and he altered his diet and his lifestyle so that he could reap the rewards from a lifetime of hard work.

Larry is 83 now.  He says he goes down to a local diner and breakfasts with old friends, delights in raising two early teen sons and still does a show that is broadcast on the Internet.  Periodically he goes in for a heart by-pass, or to have stints put in..but he's still cruising at 83 years old.

Thanks, Larry..,,,you ain't perfect, but then nobody is.

Thanks for info on Larry.Some things are just better on radio, not only Larry.

True, Craig. I'm a big old time radio fan...listen to all the old radio shows on Xm Radio, Channel 82. Wrote about this a while back on a blog called "Theater of The Ear".