If I Were King For A Year 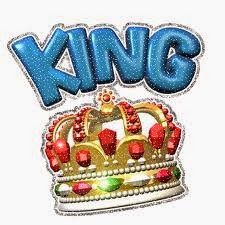 Anyone paying attention to our national problems inevitably thinks they could solve them if they'd just put them in charge of things.  I'm not different.  I've often thought that I could shake this nation back to reality if just given the chance.  Well, you have your methods and I have mine.  If I were King of America for a one-year, non-renewable term, here's a few things I would do:

1)  I would eliminate the volunteer military and re-institute the draft for every eighteen year old in America.  If their parents haven't taught them teamwork, self-discipline and caring for a cause larger than themselves, the military will do that for them.  I would provide them with one option; in lieu of military service they can elect to serve in a nationally recognize public service organization; "meals on wheels", teachers aides in poor communities, hospice care...anything that enables them to realize a spirit of service.

2)  I would end the Food Stamp Program of today and return to "commodity support" that we had in the 50's and 60's.  No ATM cards, no food stamps...just a central warehouse where the needy pull up to the back dock and you load a box of Department of Agriculture commodities in their trunk; Block cheese, a bag of flour, a bag of cornmeal, powdered milk, canned meats, a bottle of cooking oil, canned vegetables, a 20 pound bag of potatoes and a ten pound back of onions....and you're on your own.  If you are without transportation, we'll deliver it to your door....but no more Food Stamp cards to be used in fast food restaurants, or bartered for cash at your local Indian-owned 7-11 and definitely no more cards being swiped in the local casino.

3) Death Row; I'd would clear it out by executing every swinging dick one of them and if the Supreme Court even made a peep, I'd throw their asses in jail for a year or two.  I would rip every television out of every prison, make road gangs mandatory if a prisoner wants to eat and, needless to say there would be no law libraries so they can learn to appeal their cases cause there won't be any appeals.

4) Medicare/Medicaid:  I would eliminate taxpayer funding for penis pumps and require an official home visit before I approve mobility chairs for any senior.  I would require Medicaid patients to pay a co-pay for doctors and hospitals just like everyone else to cut down on medical appointments made just to get free aspirin and hemorrhoid creme.  And anyone who owns at least two of the following three items are ineligible for Medicaid or a Welfare check:  1) A car less than three years old 2) A big screen television 3) An I-Phone.

5) Welfare:  I will provide welfare for the first two father-less children (but will issue a "non-support" arrest warrant for the father/fathers) but after that I will refuse to support an woman's reckless and overactive sex life...you have more than two kids and YOU pay for their day care, their early childhood education and their WIC requirements...and if you can't we will seize the kids and make them available to couples who want, and obviously can't, have kids.  If you are drawing a welfare check you'll be required to work for free in the community; raking leaves in a city park or performing duties as a teacher's aid, or cleaning public toilets.

6) Education:  I would test every teacher in K-12 to make sure they can identify the dates of the revolutionary war, can name our first and sixteenth President, and can add without using fingers or toes.  I would then raise a teacher's pay to $150,000 dollars a year, with offset savings realized by eliminating bloated school administrations. I would make it mandatory that each child pass minimum grade standards before he is passed on to the next grade.  I would assess a ten percent property tax or income tax penalty on any parent who fails to attend PTA meetings, or who fails to enforce homework requirements.  I would give federal tax credits for any technical, alternative energy, or scientific organization that chooses to set up research campuses adjacent to our universities.  I would expand tax credits to any of those businesses who are willing to train and intern our youth to qualify for 21st century jobs.

7) Border Security:  I would station 200, 000 military troops on our southern border with orders to shoot to kill anyone unlawfully crossing our border.  I would augment ICE with another 100,000 military troops to round up all illegals currently living in this country, then contract with Greyhound to bus their asses to the border....and no box lunches either.  The only exception I would make is to offer "anchor babies" the opportunity to join the military or a community service organization to truly earn their citizenship.

8) Crime:  Murder, rape and selling drugs earns you an automatic death penalty.  I would institute martial law in Baltimore, NYC, Philadelphia, Detroit, Los Angeles and the south side of Chicago and give the gangs a chance to surrender or be wiped out on the streets.  Once the crime rate was reduced to the level of Des Moines, Iowa or Omaha, Nebraska I would end martial law and withdraw the troops.

9)Politics and Corruption:  I would force every member of Congress to resign from office and hold new national elections, with this caveat; no corporate or individual donations allowed.  Instead I would set aside two dollars from everyone's taxes to fund political candidates.  I would then run everyone of those corporate lobbyists on K street to sell out and hit the road.

10) I would eliminate the personal income tax and institute a national sales tax so that everyone, regardless of income, has "skin in the game" and will care a little more about how their taxes are spent.  I would institute a balanced budget amendment so that Congress could never again spend more than the government takes in, in fees and tax receipts.

11) I would lower the corporate tax rate from the world's highest at 35% to 15%, only if you bring your manufacturing base back to America and give those jobs to Americans.  Those who wished to continue enjoying an international prescence will continue to pay 35% tax corporate tax rates.

12) Medical Care;  I will kill Obamacare deader than a door nail.  I will allow health care companies to compete against each other in every state and allow health care premiums to be sold in all fifty states.  I will limit doctor liability to a maximum, depending on the offense, and I will disbar any attorney who sues a hospital for $500,000 dollars when his client had his toe run over by a hospital gurney.

Whew!  Okay, that does it for now.  I've solved the Medicare/Medicaid shortfalls.  I've just cut $100 billion dollars off the Food Stamp program and ended the fraud and abuse.  I've just re-oriented the youth of America to a greater sense of discipline and teamwork.  I've solved our over-crowded prison problem, and made upkeep self sustaining.  I've cut Welfare costs in half by requiring work and responsibility and cut the rate of fatherless homes by ceasing the practice of supporting the little bastards.  I've made education more attuned to today's new technologies and held teachers accountable, and then rewarded them for good work.  I've solved the immigration problem; nothing like an M-16 with two hundred rounds of ammo, an M-60 stationed two hundred yards apart, and an economic boost by hiring 50,000 Greyhound drivers making one way runs to the border.  I've eliminated what the IRS says is $300 billion a year in unpaid taxes, and eliminated tax shelters for the rich, and made even the working poor to pay something for all that they enjoy here.  I've given corporate America a very good reason to come back home and employ Americans.  I've cleaned up the inner cities.   I've put a halt to Washington corruption and taken money as a factor in elections (and in turn spared you from watching all those TV ads at election time). And, last but not least, I've put a screeching halt to Socialism by killing Obamacare dead.

Thank me later.  I'm tired now...just want to retire to my little house in Sun City and have a cold beer.
Posted by A Modest Scribler at 2:00 AM

Well you can't retire so easily, you still have the International Issues to deal with and maybe take Russia off the map for what they did to the forth largest fresh water lake in the world!
I would like to be your Secretary of the Interior and be in charge of those who litter. I promise I won't add to the prison population as throwing trash would also be a Death Penalty.
I admit that I do find it scary that ISIS might agree with 80% of your platform!

Hey, Jerry...you got Interior. As to the ISIS reference, hey, I'm only asking for a year. Surely America can spare a year! If you're gonna be King ya got to be a hard ass!

Have a few cold ones that is a lot of work. as Mel Brooks said"It's good to be the King".

Good ole Mel...and he was right!

Even though this all makes sense)with a couple exceptions), you'd be the most hated man in America(starting with Romney's 47%). Would they get over it? yes. We've almost gotten over Obamacare and Nancy Pelosi's "we have to pass it to see what's in it"....

Frank, I'm intrigued by those couple of exceptions that you say don't make sense. Please elaborate.

As to being hated, on the contrary, when it was all done I believe I would be loved...except for the bad guys.

Not bad, for a year's work!

I would require the loser to pay ALL costs of a lawsuit, and do away with the Federal Reserve. That would get rid of all lawyers and all crooked bankers.

Wow, if only. You have my vote, whens the election? You say to be King you have to be a hard ass. Unfortunately our personally appointed "king" we have now is a Limp Dick!

Go get them Scribe.

Thanks for the vote, Brian. Wow, Mel Brooks wisdom wrapped up in two simple sentences! I love it!

Allow me to add the following suggestions..

1.Make English the official language for every thing. All business, schools, etc! And including ebonics!

2. Build a high fence all along the border and top it with an electric fence to keep anyone from scaling it. Relocate plenty of alligators to the Rio Grande River to discourage swimming across or bringing in drugs and more illegals!

3. Require all students to attend school until age 18. Dropping out before that would be illegal
Hold parents fully accountable for the actions of their kids until age 18.

4. Make Castle Doctrine the law of the land. All law abiding households must possess a firearm and be trained in its use to defend their lives,family,home, and anyone being victimized by criminals. No license for carry concealed either

All good ideas, Steve...just like mine..that won't ever be adopted.