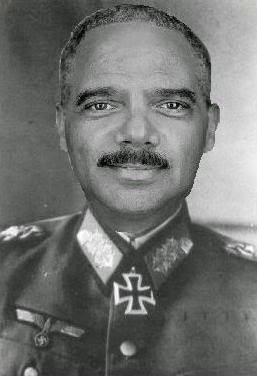 Eric Holder's "Brown" Shirt gestapo moved back into Ferguson, Missouri last week.  No, they didn't have a problem with the new Black looting and pillaging that took place when a candle blew over and burned down Michael Brown's street side memorial.   No, the gestapo didn't like that the Ferguson police were wearing bracelets that said "We are Darren Wilson".  Holder's gestapo ordered the police force to take them off immediately.  "Ordered".  You heard me right; they didn't request it.   They ordered it.

Well, I have all kinds of problems with that.  Let's begin with the 1st Amendment, then let's follow up with "States rights"..the federal government has zero authority to order a small town police force in Missouri to do anything.  Finally, let's look at why those Ferguson cops are wearing those bracelets.  Those cops are saying "look what we have to go through ever hour of every day when we are patrolling the streets of Ferguson, Missouri.  We have to force governing the ungovernable.  We have to face the most violent of criminals and deal with heinous crime....and if and when we make a mistake, know that we are human, and thus fallible.

But Holder's not buying it.  In his lifetime he has learned that Blacks are a pampered class, forgiven for anything that they do...and the sooner these uppity Whites realize that, the better off we'll all be.

No, Holder will not be sending his federal Brownshirts down to Moore, Oklahoma to investigate a Black Muslim beheading a White factory worker...that's not how it works.  Nor will he be sending anyone to look into any of the thousands of Black on White crime that occurs every day in this nation.

So realize this America, you who are drunk on the liberal Kool Aid:  you have elected an uppity, pampered militant Negro as your President, and he has filled the Executive Branch with militant, White-hating Negroes who are hell bent on getting their due.  And if using Gestapo tactics to do it, well by God, that's just what they'll employ.

Every day I marvel at the height of irony that America was foolish enough to elect a Black President and, after we do, allow him to buy a second term with federal largesse and kiss enough Hispanic and Black ass to win.  And, after we elected a Black President, we find ourselves being more racially divided than we have ever been.  It's going to take years to recover from Obama and Holder...if ever.

Post Script:  Now we know why Holder resigned.  He's lining up his law team to plead the 5th since an appellate judge ordered all Justice Department documents on Fast and Furious be made public.  He's gonna keep his lawyers busy with the Black Panther coverup, AP wiretaps, NSA spying and Benghazi coverup.  What he should be imprisoned for is not enforcing our immigration laws.
Posted by A Modest Scribler at 2:00 AM

Congratulations to the Arizona Wild Cats! They beat our Mighty Ducks!

Thanks, Jerry...I had a feeling they were gonna upset...their defense was playing way above their heads so, at the half, I thought they just might have a chance for a huge upset.

I think it would be extremely fun to beat the ever lovin' shit out of barry and eric, their arrogance and contempt of the People and Constitution piss me off.Happy Friday and have a great weekend.

Have a great weekend, Craig. Be safe.