A Day of Prayer 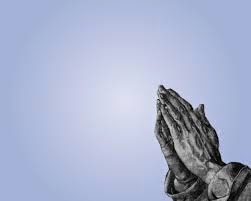 The National Day of Prayer comes this Thursday, May 1st.  Officially designated as a national holiday by President Truman in 1952, the National Day of Prayer actually goes back to 1775 when our Continental Congress asked our citizens to pray for the nation as she was suffering from the stormy events leading up to revolution  and a fight for freedom.

Both Presidents Reagan and George H.W. Bush held special celebrations at the White House, celebrating more than 200 years of freedom and prosperity.  Bill Clinton stopped the practice during his administration but it was revived again by George W. Bush during his terms of office.  The White House celebrations stopped again in 2009 when Barack Hussein Obama took office.

Regardless, the National Day of Prayer is widely recognized throughout the nation.  More than 300 hundred religions participate and thousands of prayer events are held throughout the country.  For many folks this day is a highly personal experience and they will simply drop to their knees at their church or their home and send up prayers for peace, or healing, or strength to deal with personal problems...or simply to offer thanks for personal blessings.

So this Thursday millions of prayers will be sent skyward; from Navahos, Cherokees, Christians, Catholics, Muslims, Southern Baptists, Methodists and hundreds of other religions.  To my way of thinking that's a good thing; when folks are on their knees, and their hands are clasped, they aren't throwing stones or stepping on others...so that's a fine thing indeed.

A single nationally recognized day of prayer is not going to solve any of our problems.  There are hundreds of court fights going on right now, with public school injunctions to stop little school kids from bowing their heads before their school lunch.  The Freedom from Religion Foundation is winning case after case to remove overt demonstrations of religion in our armed forces.  Religion being such a big deal in a fox hole these injunctions are gaining traction in destroying the morale of our military folks.

But a single day of prayer is better than no day at all.  So, if your heart's in it...feel free to speak freely with your own personal version of God....we may never even have that before long.
Posted by A Modest Scribler at 2:00 AM

I like your ending"personal version of God". I am a fully ordained Dudeist Priest and think everyone should take it easy and pray or whatever they do,if for no other reason than to piss off aethists and agnostics and of course liberals.

Craig...that's cool, dude! I graduated from a Catholic University. One of the core requirements was two semesters of religion. In that single year we covered a couple of hundred of the world's religions and, paired with several philosophy courses, I found those studies to be extremely valuable as a history major...philosophy and religious studies helped me to better understand the histories of a particular culture at a specific point in their history.