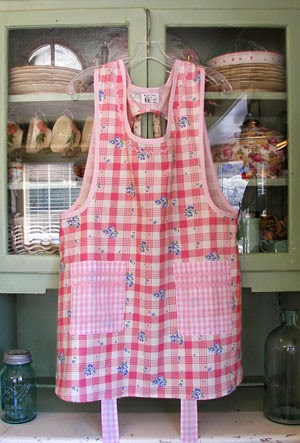 I was just reading this morning's Republic Food Section and realized belatedly that my mom was a health food cook long before it was cool.  The articles this morning talked about the importance of fiber and the need to avoid pre-packaged and processed foods.

Well my mom offered plenty of fiber, and if she ever cooked something out of a box I can't remember what it was.  Even her cakes and pies were made from scratch...that was easy because we couldn't afford processed foods or cake mixes or ready made pies.

Fiber?  Here's a frequent menu at our house.  Oatmeal or Cream of Wheat for breakfast.  A big pot of pinto or navy beans for dinner, and if we were lucky, a hambone she lied about at the butcher, supposedly meant for "the dog" but more frequently in a pot of beans.  Pan fried, baked, or boiled potatoes, fresh cole slaw and a big golden pan of whole grain cornbread.  All made from scratch with nary a box in sight.  Hell, we ate enough fiber around our place to put a real "run" on toilet time each morning and, keep in mind, this was before Beano was invented so we could all stink up the place pretty good on bean gases.

We did not eat much meat, because we couldn't afford much meat, so we were certainly in keeping with nutritional guidelines prevalent today.  Meat, as with the ham bone, was meant just to add some flavor to the meal, not served as the main course.

Mom made her own sauerkraut in big jars out in the garage and let them ferment nicely; then they would be served up with hot dogs or sausages.  We did have the occasional spaghetti dinner, and when we were flush, we would have meat loaf.

Mom was also good at buying the cheapest grades of beef and slow cooking it until it was tender, then adding lot of fresh vegetables; onions, potatoes, carrots, celery and peas...and it was delicious.

Oh, I'm sure the food lords would frown on a platter of fried spam, or a crispy plate of salt pork, but, again, they were just enough to heap extra flavor on the fresh veggies and legumes we were raised on.

For dessert we got our fruit in various forms of cobblers.  Whatever was cheap and in season was made into golden delicious cobblers, hot out of the oven..and, in lieu of whipped cream, we topped it off with condensed milk.  Apple, peach, or berry, I still salivate at one of mom's wonderful fruit cobblers.

So..who knew?  My mom was a pioneer in health food cooking!  We all thought her meals were wonderful and I don't think it went unappreciated by mom either.  She used to relate stories of what they ate during the great depression and we would all get a bit squeamish at the idea of rabbit, squirrel and even deep fried sparrow on their depression era dinner table!

I'll forego the wild game but my all time favorite meal consists of pinto beans, fried potatoes, cole slaw, a couple of strips of crispy salt pork, a hunk of cornbread, and washed down by a tall glass of iced tea.  Ahh, health food!
Posted by A Modest Scribler at 2:00 AM

Have the same memories; my grandmother lived to be 97 and the saying was "she would not know health food if it hit her in the mouth." I believe her and your mom had the same recipes.

Unknown, it seems we both share a legacy of fine 'health food'...:)