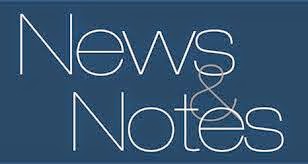 Somewhere yesterday I was plowing through the online news and someone pointed me to a recent Gallup poll on senior voting trends.    Gallup's recent poll showed that seniors have shifted from voting majority Democratic to voting majority Republican.   Now, for you whipper-snappers out there who haven't a clue about what seniors are concerned about, let me "learn" you a thing or two.

The first stark truth that comes out of that polling is that we oldsters seem to be one of the few solid voting blocks that actually give a damn about where America is heading.  And the second solid truth is that we are voting against our own selfish interests and place the welfare of the country above our own.

For example, despite Obama's massive bribe in closing the prescription drug "donut hole", seniors don't like Obamacare because all it does is place a burden on the working poor and middle class to fund more government give-aways.  Secondly, the annual trillion dollars Obamacare added to the national debt steals the future of our kids and grandkids.

Another polling statistic that shouldn't make sense is that seniors are opposed to amnesty for illegal Mexicans.  They view amnesty as a moral issue when, in fact, they ought to be selfishly viewing citizenship for illegals as an economic one.  After all, bringing another 30 million Mexicans into the work force means more money coming in to the Social Security Trust Fund, a boost that should send them all safely to their graves in twenty years or so...and screw everyone else.

Well, for you to realize just how strange, consider that seniors voted for Bill Clinton by a 17 percent margin over his Republican opponents!  In fact, right up through the 2004 Presidential election, seniors were still voting Democratic in a big way!

So what happened?  Well no one really knows the answer to that...but we can look at the time line and make a few guesses.   Per Gallup, seniors went Republican in 2010, seemingly in a big way.  Could it have been, oh I don't know, the trillion dollar pork barrel stimulus plan that stimulated nothing?  Could it have been the $750 billion dollars that Obama stole from the paid up Medicare program and gave to his tit-sucking, non paying Medicaid voting block?  Could it have been the "brown shirt" tactics that Reid and Pelosi employed in shoving the ACA bill down our collective throats?

So.....when I look at the entire electorate....and look at it objectively, it would seem that America's seniors seemed to be the only group that gives a flying fuck where America is headed.  Blacks voted for Obama in percentages that defy logic; from 94 percent nationwide...and 115% in those Black ghettos where they ran off the voting regulators and manufactured more votes that the voter registrations deemed possible.  Hispanics voted for Obama in big numbers because they swallowed his promise to legalize 30 million invaders.  Students voted for Obama because he promised them some relief from the trillion dollars of student debt hanging over their shoulders.  And 47% of Americans sat on their ass and didn't vote at all,  allowing Emperor Obama another four years of Executive Order dictatorship!

And the highest rate of voter participation?  Yep...seniors.  Cause they seem the only ones to give a damn about this country these days.

"47% didn't vote at all." That really says it all, the direction and speed that we are going. To me, that is the scariest group of all.

I agree, Jerry. It gripes me to no end when I read fifty "bitching messages" on a political message board and know that nearly half of them didn't even bother to vote..had they done so they wouldn't have to be whining on some message board. I have absolutely no respect for people who don't go out and vote.

I always tell people that are bitching about politics that don't vote is:You only earn the right to bitch after you vote, now shut the fuck up and register.