The Foxes At Fox News 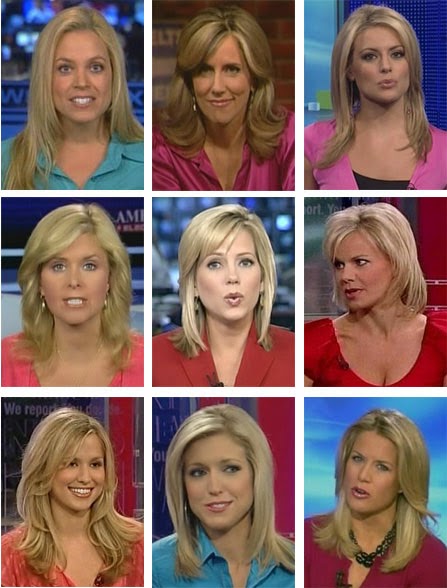 Alfred Hitchcock sold several hundred million movie tickets by giving into his fetish for blondes.  Whether it was Grace Kelly or Kim Novak or Tippi Hedrin or Doris Day,  it didn't hurt a bit that the protagonist in Hitchcock films were beautiful blondes.

Equally rotund, but brilliant Roger Ailes, head of programming at Fox News, seems to have latched on to Hitchcock's penchant for blondes and they bloom in glorious splendor on Fox News.  And no dumb blonde jokes please...I ran the bio's on these women.  They own more law degrees, journalism degrees and joint business/law degrees than any news staffs ever.

Now call me a male chauvinist pig if you must but it doesn't hurt a damn bit to have your news brought to you by attractive women.  And the "attractiveness" doesn't just come from the physical; these are strong women, tough interviewers, and not a whine heard about gender inequality or the suffering from baking a batch of cookies.  And they seem more than capable of "bringing home the bacon...and cooking it up in the pan".

Contrast that with MSNBC.  See if you can tolerate 15 minutes of 'sigh-heavy' Mika on Morning Joe. Or Andrea Mitchell, Alan Greenspan's main squeeze....I can take about five minutes of her cynical monotones before I have to flip the channel.  Or Melissa XX Harris, who poked fun at Mitt's Romney's adopted Black baby and never met a Black thug she didn't love.  And, frankly, who wants to have their ass kicked by Mr. Rachel Maddow who seems perfectly capable of doing so.

Nope...give me Megan Kelly for every day of the week.  She's beautiful, sassy, and smart as hell...and she's bringing home $20 million dollars worth of bacon..and she must be heating it up at home cause she's been generating a baby a year lately. 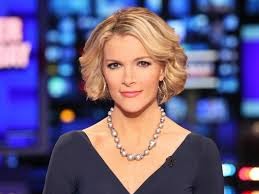 And, lest you think I value only physical beauty, let me declare my admiration for Greta Van Sustern....she is the best at poking holes in liberal logic and skewering government officials for all their silliness.

And, have you ever watched "The Five?".  Take a look at the girl at the far left, front.  That's "the leg chair", occupied alternately by either Kimberly Guilfoyle or Andrea Tantaros, owners of the some of the greatest legs in the business.  And again, these women are smart as hell!  Andrea Tantaros holds a degree in journalism, did her undergraduate study at The Sorbonne in Paris and speaks three languages fluently. 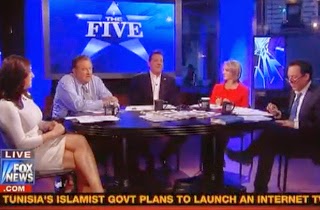 Yeah, well maybe,but isn't it Canadian Television that has "Naked News"? Fox may be pretty but there is always room for improvement!

It seems the ones that have the most problems with FOX(Y) news are mainly less attractive and jealous of them.The loudest whiners might want to take a look at this old saying:Beauty may only be skin deep, but ugly goes to the bone.

I saw that once, Jerry...don't think they do that anymore though. Too bad. :)

Anon: I just watched your linked video! Love it! If you folks haven't gone to the link, go!