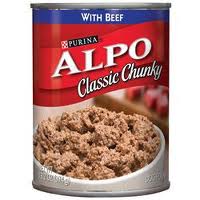 The talk in Washington for two months has largely centered on the need to cut Medicare and Social Security, programs that were fully funded by us, but stolen from a set-aside fund to pay for other government goodies.  Very little talk about cutting the fraud out of Medicaid, a program which costs the taxpayers $333 billion per year and is fraught with fraud, waste and abuse, and for which the government does not require the beneficiary to pay a medical co-pay or for premium coverage.

However, I'm not a newly-arrived green card immigrant.  I was born here and started paying into Social Security and Medicaid when I was sixteen years old.  For me, that's 47 years worth of contributions.  While I am now eligible to receive Social Security I must pay taxes on my Social Security pension.  Remember, that was the one I paid for.  The deductions came out of my gross annual income every year, which was also taxed as I earned it.

As to my "paid-up" Medicare, I will be relegated to that system soon.  As such, I will pay a monthly premium each month to fund my Medicare (yes, the one I paid into for 47 years).  I must also pay a co-pay every time I go to the doctor...and to a hospital when I am hospitalized.

If I had quit working a couple of decades ago I could really be "crapping in high cotton" as they say down South.  I could just ride Medicaid right into my sunset years and say the hell with having to pay anything!
Nice benefits if you can get them!

Once I am on Medicare, if I was really stupid and wasteful and spent everything I earned in my early years I can get Medicare for free also!  They have a program especially for folks who lived for today..and not tomorrow.

But...okay, let me be reasonable here.  Let me offer a concession.  Since I have had no Social Security raise to keep up with a 20 percent increase in food prices...and $4 dollar per gallon gas, in two years, I'm willing to supplement my diet with a little dog food if the Congress really thinks I need to sacrifice a bit more.

But, I agree to eat dog food, only if Congress passes a bill that audits just ten percent of those folks on Medicaid.  If they do, and if the audit shows these folks on Medicaid have big screen televisions, IPODS and IPADs, a late model car and a state of the art video gaming system, then Congress must demand that Medicaid recipients begin to pay Medicaid premiums and doctor and hospital co-pays.

I personally know lots of folks who own all the goodies listed and pay not a dime for the government bennies they are receiving.

Gotta go now...Safeway is running a sale on Alpo.
Posted by A Modest Scribler at 1:32 AM

Chinese dog food?My dog had two seizuers last week, antifreez in dog food?.When with a freind buying a gun a littel old lady was buying a bushmaster and 500 rounds I asked her why a assult rifel she couldnt of weighed 80#.She told me she was a child when her parents walked away from her in a homeless camp out of NY during the depresion.She told of the rapes and murders.She stated the Democrats are dooing to the people again she was going to be ready this time!She told me her son was a meth head and got more than twice as much SSI as her and had accs.I bought more ammo,I am ready.

I sure hope it doesn't come to guns and bullets...but with the feds increasingly unable to continue the big giveaways, the life-long tit suckers are going to have a hard time making it on their own..and may come after yours...Let's hope for the best and prepare for the worst.