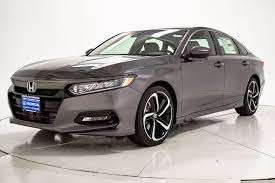 Bernie Sanders and Elizabeth Warren have both professed support for Medicare For All, The Green New Deal, and to pay off nearly $2 trillion dollars in student loan debt. A quick Office of Management And Budget audit says those three programs would cost a minimum of $3 trillion dollars per year over the next thirty years. And since the government only takes in $3 trillion dollars per year, to pay for everything else, and since we are already running a trillion dollar per year deficit, the question should be "where does Liz or Bernie hope to raise that extra $4 trillion per year?"
Both Liz and Bernie say they'll tax corporate and the wealthy. Sounds pretty good, huh? Except OMB says if you taxed the rich at 100 percent you still wouldn't raise enough money. And if you tax corporate they'll just move to low tax countries like Ireland. (And you can bet Apple and Facebook and Amazon will haul ass). Seems just as President Trump was able to bring corporate trillions from overseas the Democrats want to send it away again.
So that still brings us to how Bernie or Liz will pay for transforming America so that it more closely resembles a Socialist Europe. Liz and Bernie say those Europeans have got it made with all their government freebies. Well, in some sense they do. Their health care, which is not free incidentally, is somewhat lower than it is in America. And many Europeans now work four day work weeks. Sweet, huh?
But you might want to know that Europeans, in addition to business, property and income taxes, also pay a Value Added Tax on every retail or service transaction. That VAT varies by country; from 7 percent to as high as 27 percent. 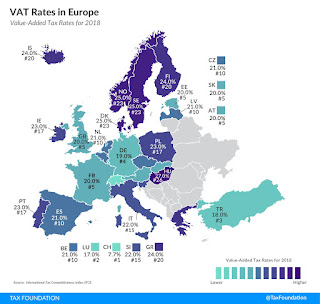 Perhaps that's why the European Union has been stuck in a no growth economic rut for a decade? With half of their population unemployed or underemployed, someone's got to pay for all that government gravy.
Since the American economy pretty well equates to the size of the European Union, and since we have small armies of illegal immigrants and career welfare folks to support, and since Liz and Bernie have ambitious spending plans, and since they can't pay for it with a Robin Hood tax scheme, their only option is to impose a big ol' VAT tax. (Socialists have been pimping the VAT tax idea for years)
But let's be reasonable here. Let's say Liz or Bernie (running mates?) decide a 20 percent VAT tax will be enough to fund their 30 to 50 trillion dollar gravy package.
If the Bernie/Liz duo can win the Presidency, and sweep both houses of Congress, they can push through a VAT tax as easily as they did Obamacare.
Then you'll at last have free, or nearly free healthcare. And the snowflake generation can get out of their student loan debt. And OAC can dictate solar on every roof, and a Prius in every garage, and force you into eating soy patties at Burger King.
But you'll be paying $40,000 for that $25,000 Honda Accord. And you'll be paying a 20 percent VAT tax on every thing you buy. And when the American economy is finally in the dumpster you'll never have to worry about "financial inequality" ever again.
Do I hear the faint musical strains of La Marseillaise in the distance? I believe I do. Just vote Bernie or Liz and you can too! (There's a very good reason why Bernie and Liz never say how they'll pay for their programs).
Posted by A Modest Scribler at 2:00 AM

ANTONE thinking these are "Good Ideas" should be examined immediately. I worked for a Company that was sold to a Danish Company so I had the opportunity to talk to a lot of Danes. At the time, their tax rate was 50%(it's now 55% and has been as high as 66%). I can tell you first hand, they HATED it and many took jobs here to get away from it.
Personally, I think all these "wonderful ideas" are hogwash. Candidates for President are "prone to lie a LOT" although Bernie is scary. He actually believes this crap. The rest are pandering. This might just be the beginning of the end for this Country. The Liberals have been grooming Childrens thoughts in school for a long time. And it might finally pay off for them. We can only hope not, and that the "Trump Base" stays strong. This will be the most interesting election in my lifetime. There is so many things for the Republicans to run on, it wouldn't surprise me if the House turns back to the Right side of the aisle.

I believe Liz is dead serious also. And if the Dems win both the House and Senate we will see a spending spree like never before in our history.

You have not heard one Democrat Presidential candidate mention the Constitution. Warren was a law professor. Yet, she spouts off repeatedly about her "wealth tax" proposal. What she isn't telling you is a wealth tax is unconstitutional. A wealth tax is a direct tax (one an individual cannot avoid, unlike a sales tax). Her idea is to selectively tax only certain citizens based upon their net worth. The Constitution is explicit upon how direct taxes must be levied. Art. 1, Sec. 2 requires direct taxes be apportioned among the states by population. Art. 1, Sec. 9 reiterates that requirement. There is NO grant of authority to tax based upon net worth or wealth. Remember, the federal government was prohibited from taxing income until the 16th Amendment was passed and ratified by the states. Unless lyin' Lizzie can pass another amendment to the Constitution, a wealth tax is a pipe dream.

Randy, the Dems have never much cared for our Constitution, except when it benefits them in some way. i do appreciate your legal points though. I would love it if those crooks in Washington and abandon the income tax, instead adopting a national sales tax that would sweep hundreds of billions now being hidden in the underground economy. OMB says half a trillion a year is not being taxed.

The only way I support that is if the 16th Amendment is repealed. Otherwise, you get both an income tax and a VAT. Not gonna happen because the confiscatory nature of how the income tax is collected cannot be replicated by a VAT.