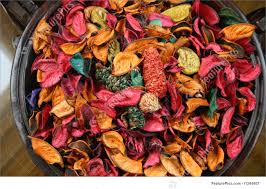 Not a good week for freedom this week.  A number of Phoenix police officers were fired or suspended for voicing their conservative views on social media.  Another dozen police officers were killed nationally by urban thugs.    In Virginia the court ruled that a statue of Johnny Reb could be removed from public view, thus erasing more of our national history.  Down in Mexico a drug cartel showed local and government troops who's boss....and it ain't the government.

Elsewhere, over in our nation's capitol, the Democrats were meeting in the bowels of the House, cherry picking potential impeachment evidence, twisting that evidence to fit their politics, then releasing it to the press.  As a result the preponderance of headlines contained the words "Trump" or "Impeach".

Despite The Donald's "trumpeting" success the Syrian Kurds are worse off since our troops left the buffer area between that country and Turkey.  I actually have a fix for that.  Troop ought to request volunteers from Vietnam vets like me to fill the vacuum.  Issue us a similar Table of Equipment as what we once had; M-16's, M-60 machine guns,  a dozen .50 Caliber machine guns, basic rations and, for the less ambulatory of us, five hundred mobility scooters and we'll do as well as any who are there now.  Might be nice to die for the Kurds, allies who were there for us half a dozen times in the last few years.  Vietnam vets know what it's like being sold out by politicians.

Wish I could leave you readers with something upbeat for the weekend.  Can't.  California's on fire and the governor is launching an investigation as to why their gas prices are so high (I suggest he look at his own Sacramento gas taxes).  And Washington's a mess, even more than usual.  And we learned this week that political correctness is alive and well as both entertainment icon and politician had to walk back things they said that offended somebody.

I see not much difference between this week and last week. Things probably won't change until after the 2020 election. That's alright. Keeps the news and people like you in business(sort of) Scribe. All this ballyhoo is for naught. No way they get enough Republican Senators to vote to impeach Trump. It's all a show. Looks like Hollywood has spread to Washington....