No White Hats To Root For Anymore 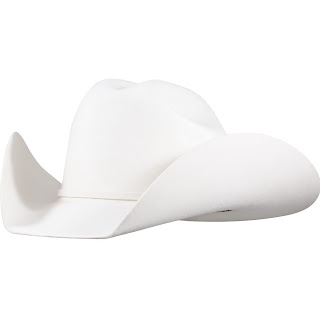 You see Congressman Schiff sit there in Congress, blatantly lying about what was said between President Trump and the President of the Ukraine.  You hear President Trump employing gutter language vulgarity that we could not have imagined in previous years.  You read of the Biden family corruption, completely overlooked by his own party, who have proven in the past that they are not immune from profiting from legislation they penned.  The Trump family is not much different.  They too have profited from holding strong ties with their father.

"Yes, we are weary
.......citizens do get weary
Of watching the same old mess
Wish someone could try a little tenderness"

With the exception of the blissful "City On A Hill" governance of Ronald Reagan, I have achieved a cynicism about all levels of government during this half century.  The bureaucracies are as corrupt as our politicians and the few principled politicians have long since abandoned offices that require you surrender your backbone at your swearing in ceremony.  I would be hard pressed to name even a hand full of leaders who aren't bought and paid for by some interest group.

It ought to be important to remember that the "American Empire" is only about a hundred years old.  The only empire of substance before America entered the world scene was that of the 500 year old Roman empire that pretty much owned the world for that stretch of time.  So it's a bit alarming that so many Americans believe our wealth is infinite, our world leadership assured.  Just as those ancient Roman's thought they were the "cat's meow" it took surprisingly little time for them to crumble from within.

It is that same cynicism today that seems to be doing us in.  Who could have fathomed that Donald Trump, a questionably able businessman, a reality star, a man who embraced a little crotch-grabbing occasionally, keeper of call girls, a man so ignorant of civics and history he couldn't distinguish the difference between The Federalist Papers and the Sunday Comics we chose to lead us.

It seems our cynicism has reached such a degree that intelligent and able people no longer run for political office.  Our cynicism now drags them through a political wringer that it is no longer worth it, that "political wringer" becoming even more cruel as our citizenry all too willing to strap a cross on their back, a crown on their head, for something they might have said or done when they were teenagers.

As long as politics is a career, you get the compromised candidates. Gone are the days where a man served a couple of terms then returned to his real living. We are left with choosing between the lesser of two evils. I didn't support Trump, there was simply no way I would vote for what's her name. It will be the same next year. If you think about it, politics is merely a popularity contest in the extreme. They aren't evaluated objectively, because there's no way to do that. They run on name recognition, plus they control mountains of campaign cash. I stopped expecting anything good from government decades ago, and am content with them doing next to nothing.