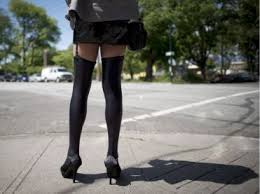 I am currently on my third re-read of a history called Empire Of Liberty. I so appreciate the book because it recounts an era where the fate of our Republic was in similar peril of perishing.
The book reminds us that our government was never birthed as a two party system. There was just our national hero, George Washington, appearing on the scene when America's citizenry was searching for the first President to lead our new nation.
Unfortunately Vice President John Adams and Secretary of The Treasury, Alexander Hamilton, and, to a lesser extent, Washington himself, believed that the citizenry was not equipped to govern themselves. That trio, and their advocates became known as "Federalists".....folks who were a little too enamored of the British monarchial system.
Only Secretary of State Thomas Jefferson, among Washington's cabinet, believed a monarch was the last thing America needed, after only recently starting a revolution to break away from those kingly bonds.
Jefferson believed in a limited central government, with most power residing in each of the states, just as our Constitution had mandated. So, as Jefferson took up the fight against an oppressive federal government he and his advocates became known as "Democratic Republicans". And the battle for American hearts and minds was on.
Washington, as regal and principled as he was, as unselfish as any man who has occupied the Presidency, hated the idea of party politics. Yet, given the sharp differences about governing, when Washington retired, then soon died, the 1800 hundred election would be a war between Adams and Jefferson over whether we would have a Presidency, or a Kingdom.
John Adams, as our second President, certainly exercised dictatorial and kingly power during his four years in office. He initiated the Alien and Sedition Acts that put his critics in prison for merely criticizing he and his administration. He and Alexander Hamilton did all they could do minimize state's rights and grab for power for the central government.
Thankfully, though Jefferson won the 1800 election by an eye lash, it was he who restored the Republic to one who honored the god-given rights we had fought a war to have.
For good or bad the 1800 election created the two party system that, with few exceptions, rule the political roost today. But there are vast differences today.
It was not until the 20th century that members of Congress and Presidential candidates actively campaigned on their own behalf. From Washington to Teddy Roosevelt, no Presidential candidate would flit abou the country, tooting their own horn. They allowed their supporters to speak for them.
Alas, beginning in the 20th century, political wanna bees became, more or less, street hookers, hanging around the corner, their reputational skirts hiked an inch or two higher, soliciting for money to fund their attacks on their political opponent. One does not need a sterling reputation if one has enough money to throw around.
Then, beginning with Lyndon Johnson, politicians learned that, by passing out government money, via free government benefits, they could sway an electorate toward voting for them.
Oh, but they still kept hiking their skirts on the street corner, for campaign donations. Those tens of millions were just icing on the political cake, enabling them to produce newspaper and TV ads touting how wonderful they were, and how evil their opponent.
One sometimes wonders if old President George was right. What would our nation be like without street hooking politicians..........political parties replaced by a system where we just voted in the best person for the job.
Guess now we'll never know. Even if we eliminated campaign money completely from our electoral system we have far too much of our nation's citizenry who'll vote for the politician promising a bigger gravy bowl.
Sad, Damned Sad.
Posted by A Modest Scribler at 2:00 AM

A reminder of who we were/are is always good It’s a shame that more of our countrymen don’t know & don’t care about the discussions that came before. Thanks for the book recommendation.

Thanks, Coloradan. Empire of Liberty is probably the best history for our current times, Except for the Civil War those years from 1796 to 1800 were the most perilous for our republic. Sadly we are seeing many corollaries today.

The partisan divide has never been wider except for the period of 1860. The Dems are pursuing impeachment despite no crime, continuing their 3 year temper tantrum over Hillary's loss. The Senate will not remove the President, but this will set up a reprisal when the next Democrat President faces a Republican majority House. Have the states declare their individual political affiliation, let the migration begin so those on the left and right can live amongst like-minded people (and not have to deal with the opposition). Otherwise, the move to ban guns will start the shooting.