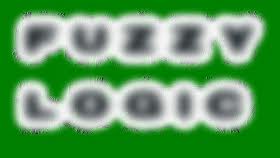 The Maryland State Attorney General sent out a directive to all law enforcement agencies in that state...advising against making arrests of illegals committing "minor crimes", to include shoplifting, I.D. theft, burglary and non-firearm robbery.
The State Attorney General believes arresting illegals makes them more prone to being arrested again by ICE officers upon release from local or state custody, then deported to their home country.
And of course Maryland believes this is inhumane. So, law enforcement agencies are being asked not to arrest foreign invaders, making them vulnerable to being deported.
Now I may be wrong but I am just wondering what the business community thinks about all this. Under this new directive, an illegal can now walk into a retail establishment, shoplift his merchandise of choice, and if caught, just declare "I'm an illegal alien" and be issued a free pass. And I'm wondering what Mr. and Mrs Smith are gonna feel about having their ID stolen and learn that someone's piling up Visa Card charges in their name at the local Mercado.
Maybe the state of Maryland could just offer all illegal residents of that state a "amnesty card"..amnesty against both immigration and arrest for infractions of the law. Or maybe they could just stamp a big "Amnesty" across the face of those driver's licenses they issue to illegal residents.
If there's any doubt that the liberal mind lacks the "logic" gene, this should remove all doubt.
Sad. Damned Sad.
Posted by A Modest Scribler at 2:00 AM

I think we are caught in The Twilight Zone? or stuck in a Monopoly Game with "Get Out of Jail Free" cards! In the local news this morning, the Taxpayer Bill to clean up ONE Overpass annually of all the garbage, needles and feces left by the homeless is $200,000.
LOL, everything is just plain Nuts!

What it is, Jerry, is political. And while politics has always been a factor, it is now always the deciding factor, whether it be overly generous public pensions, or policing garbage. By the way, Maryland re-entered the news as this was written when they decided not to press rape charges for those two illegal kids who raped the 14 year old girl in a school restroom.

This is what the Bible refers to as the Rule of Man. When the Rule of Law is dispensed with (as this situation indicates), you get the situation where the "law" is whatever a single person thinks it should be. That, obviously, is not consistent depending upon what person makes the decision. The result is society has no idea what the law is and men will begin to decide for themselves what laws to obey and what laws to ignore. Anarchy and the rise of a dictator is not far behind. Why people do not demand this man's removal from office is hard to explain.

Randy, much of that sense of lawlessness stems from Obama's own selective enforcement of the law, whether contract law in the housing collapse, or criminal law in Ferguson or Baltimore or in his own personal war with Arizona's immigration measures.