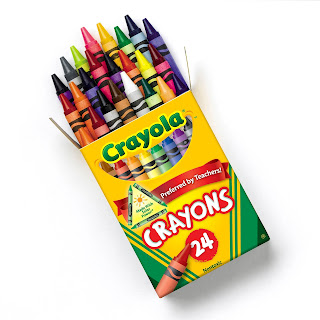 If we could only stop branding people in Black or White we'd all be so much better off.  First of all, those Black and White Crayons in the old Crayola Box  are nearly always used wrong.  A liberal takes a look at the corporate exec, then automatically grabs the Black crayon.  A conservative will grab the Black as soon as he sees the mug of a labor leader.  White Hats and Black Hats are so "yesterday"....and never were true anyway.

We need to stop coloring people in solid colors.  There are more than enough White Hats and Black Hats on both sides to create shades of gray.

Case in point.  I can find evidence of these truths right in the little home town where I grew up.  The Carnegie Library there is where I first discovered my love of the written word.  Give thanks to Andrew Carnegie, that corporate bastard that exploited labor and was greedy enough to accrue immense wealth. 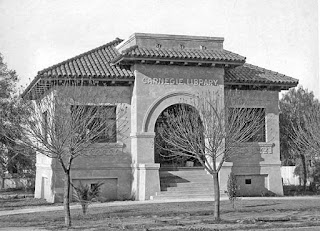 No Black Hat for Andrew Carnegie.

Also in my hometown, up on High Street, stands a majestic Classic Grecian Post Office.  And that grand edifice, one of the last majestic buildings left in my hometown, was built by the calloused hands of laborers.  During the Great Depression the poor in my home town were as bad off as the poor in yours.  There were simply no jobs to be had.  So Franklyn Roosevelt established the WPA program, a program meant to put idle hands to work.  The program paid young men $30 dollars a month, plus room and board.  They were allowed to keep $5 bucks for their efforts...the other $25 sent home to support the family behind.  In return those WPA laborers cleared forests, built fire walls, built city halls and hospitals, helped to carve out the Appalachian Trail, strung electricity lines to rural Appalachia, created art works and wrote the histories of every single state.

So, over in Selma, California, the boys joined the WPA.  And right there in their own hometown they built a beautiful post office that was probably far too grand for our little burg.  That Post Office has served as a source of pride for more than eight decades now. 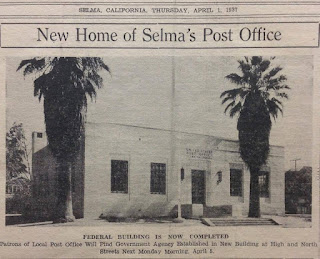 No Black hats for labor.

Let's do our best to throw out them damn Black & White Crayons...unless you plan to use them to create shades of gray.
Posted by A Modest Scribler at 2:00 AM