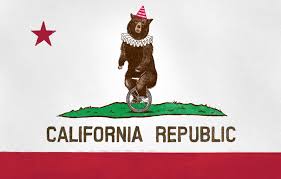 Last Week California's Senate Health Committee passed through SB 562, a bill that would provide free health care to every resident in the state, including the more than 11 million illegals who live there.

Co-Sponsors, Senator Ricardo Lara (Bell Gardens, California...you may remember Bell Gardens..that's where the mayor and city council made off with millions of taxpayer dollars) and Senator Toni Atkins, San Diego says it is high time everyone recognized that free health care is a natural born right...no matter where you come from.

When asked how California, already strapped with billions of unfunded state retirement fund liabilities, and perennial budget shortages, both Democratic co-sponsors said it would be paid for with "broad based revenue", the generic equivalent of a shoulder shrug.

Although no longer a resident of that state (I left when my neighborhood transitioned from polka music once a year...to mariachi music every weekend), I have a couple of suggestions for California's Democratic controlled statehouse.

Boost gas prices to $15.00 a gallon and impose a 95% income tax rate for residents of Hollywood, Brentwood, Malibu, Beverly Hills and every resident of Silicon Valley and San Francisco.  This should not generate a single protest because it is the residents in those neighborhoods who are most responsible for turning California into a socialist state.

As I read of the bills passage through the health committee last Monday, I was amused to read that the bill was cheered by thousands of supporters who gathered at the capitol to cheer their Socialist Senators along.  For a moment I wondered how all those folks could afford to leave their places of work to get there....but then I remembered there's no work requirement for boarding California's generous gravy train.

P.S.  California's U-Haul dealers sent out an urgent message to out of state U-Haul centers to send them an emergency supply of moving trucks...their phones were ringing off the hook from taxpayers plotting their exit.
Posted by A Modest Scribler at 2:00 AM

it is sometimes difficult to believe that we are living in a 'real world', maybe it is all made up?

I'm getting used to those shock waves emanating from California, Jerry. San Andreas?